Georgia, the former Soviet Republic in the South Caucasus, is facing two severe political problems: one fairly recent, and the other dating back to at least 2003, during the heady days of its Western-backed ‘color revolution’.

The newest of the issues is the seemingly irreconcilable conflict between the ruling party, Georgian Dream, and the opposition, dominated by the United National Movement (UNM). That they disagree and clash is normal, but the way in which they do so is not. Georgia’s parties do not treat each other as legitimate opponents within a framework of democratic competition. Instead, they go after each other as mortal enemies, routinely depicting the opponent as treacherous, unpatriotic, and criminal.

This behavior has badly escalated on all sides since the contentious parliamentary elections of October 2020, when Georgian Dream claimed victory and the opposition cried foul. 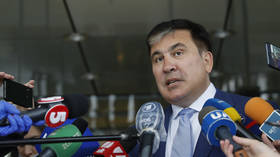 Jailed Georgian ex-president Saakashvili will NOT be handed to Ukraine, despite Zelensky’s vow to fight for his return – Tbilisi

In April of this year, the EU brokered what looked like a promising compromise between the warring parties of Georgia. However, sabotaged by all sides, that deal has failed.

Part of that failure is the fact Georgia’s recent local elections are deepening the crisis again. If the EU-sponsored agreement had worked, then they would have been part of the solution by functioning as a kind of ersatz-plebiscite on the question of whether to have early national elections. As things have turned out in reality, however, the local elections have become part of the problem: their second, runoff round has just concluded, and it is clear that they remain contentious, with Georgian Dream once more claiming victory and the opposition once more insisting things have been manipulated.

This is all bad enough already. However, there is a factor in play that makes things even worse, which brings us to the second big problem of Georgia’s politics, going back decades – namely, Mikheil Saakashvili. On the eve of the first round of the local elections, the former president returned to Georgia in a bizarre operation that mixed a shadowy ‘clandestine’ entrance into the country, without the knowledge of border officials, with a pushily public arrest.

He clearly was not merely trying to help his UNM party to mobilize votes, but to trigger some kind of unrest. A “Rose Revolution part deux,” as one balanced observer has remarked – harking back to the street protests that toppled the former government and made Saakashvili’s name.

Yet the real result was his rapid arrest because, as the former president knew well, while in exile, he had been sentenced in two trials to a total of six years in prison. Moreover, further cases are still pending. While Saakashvili’s supporters denounce the prosecution and punishment as politically motivated, they miss a key issue. Namely that Saakashvili is, actually, unlikely to be innocent: it is possible to be both prosecuted for political reasons and be guilty. In Saakashvili’s case, this seems to be the likely constellation of facts in at least one of the two cases in which he has already been sentenced.

Since the arrest, Saakashvili, 53, has been on hunger strike, and the Georgian authorities have stated repeatedly that he must serve his full term, sometimes in cynical, indecent terms, assuring him of his “right to commit suicide.”

With the hunger strike showing effects on his health, Saakashvili and his supporters have demanded not only his release but also that, at the least, he be transferred to a hospital outside prison. The Georgian authorities have insisted that he must use the prison hospital. One sign that they might nevertheless exert some special caution is that the minister of health has promised a check-up of the conditions in the relevant prison facility.

Saakashvili’s return has caused much confusion, but it has made clear one thing: the former leader still considers himself indispensable to Georgia. The tragedy is, however, that in reality he has become a burden. The best thing he could do for his country of origin – Saakashvili is actually now a Ukrainian citizen – is to finally leave it alone. Here is why.

Once upon a time, Saakashvili was a color revolutionary and, for better and worse, a reformer. Ascending to de facto power in Georgia’s Rose Revolution of 2003 and to the presidency in 2004, he used his initially overwhelmingly large support to continue policies he had already pursued as a parliamentarian and justice minister and implement important transformations, like targeting corruption and inefficiency.

Yet, at the same time, Saakashvili was quick to display authoritarian tendencies during his first term in power, responding harshly to opposition and violently to protests. He even resorted to declaring an extremely dubious state of emergency. When he was nonetheless re-elected in 2008, his once massive support was reduced to ordinary dimensions.

Instead of learning and becoming more cautious, he then added a terrible mistake to his record: willfully misunderstanding Western signals – which, to be fair, were also irresponsibly mixed – he started a war against both local separatists and Russia, which Georgia was bound to lose. This was Saakashvili as a reckless gambler, risking both his country and international peace. It was also why Germany’s Spiegel magazine, quite above any suspicion of favoring Russia, rightly called the Georgian leader a “Kriegstreiber” – that is, a war-monger. 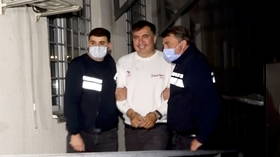 Fortunately for everyone, including all Georgians, the West did not take the bait, but instead, through France, helped negotiate an end to the fighting. In a bitter irony, not only did Georgia not reconquer any separatist territories, but South Ossetia and Abkhazia were also officially recognized by Russia, making any future re-integration even less likely.

Despite this fiasco and increasing opposition inside Georgia, Saakashvili clung to power. By 2012, a new counterforce emerged: the party Georgian Dream, led by the billionaire Bidzina Ivanishvili. One year later, it managed to lead the widespread discontent with Saakashvili to oust him. Saakashvili himself became the target of a very popular revolt. At that juncture, he did the right thing – if far too late – and quit, leaving for the US.

In some ways, Saakashvili is a comical figure. His nervous chewing of his tie on TV when his 2008 war went predictably sour, footage of a wild attempt to escape arrest via rooftops in Ukraine, and even – in an especially sad way – his recent, textbook-midlife-crisis announcement that the 53-year-old alpha male feels in need not only of yet another political career but also a fresh life partner, all add up to a bit of an oddball picture. There he goes again, our “Misha,” as his fans tend to call him, and his inimitable escapades.

Despite his record of self-seeking and failure, many supporters of Saakashvili, inside and outside Georgia, have either criticized his detention or demanded his release – for instance, a group of MPs from the European Parliament and at least one American Congressman.

In view of the disturbing news about his health – whether entirely correct or perhaps somewhat exaggerated – that is understandable. Nobody can wish death on him, even while he clearly uses his hunger strike as a political tool in the service of yet more self-promotion.

But those who seek to protect him, including from the consequences of his own actions, should face the full political and moral implications of his actions and their own reactions. It is not good enough to simply call for his release, because such a position does not adequately reflect Saakashvili’s record and selfish motives.

For those who want to help him also have, inevitably, a responsibility toward the society he seeks to disrupt. That is why it would be better, in fact obligatory to do both: call on the Georgian authorities to release him if he leaves Georgia, of which he is no longer a citizen, and promises not to return; and on Saakashvili to end both his hunger strike and his ambitions in his former home country. He has a new life, and a career, in Ukraine. In both his interests and those of Georgia, that’s where he should stay now.

It is a hopeful sign that one leader of Georgia’s opposition, Giorgi Baramidze, has publicly called on Saakashvili to end his hunger strike now. As a member of Saakashvili’s UNM party, Baramidze is, of course, unlikely to ask Saakashvili to retire from Georgian politics. International observers who feel called upon to intervene, however, should go farther and tell Saakashvili in clear terms that he is not helping.

Saakashvili once, a long time ago, used to be a force of renewal. Even then his record was by no means as simple as his admirers allege, but he had something to offer in return for his flaws. Now the former leader is an aging egocentric in love with his own, massively idealized image. Many Georgians may well be eager for something other than the country’s current leadership. But it makes no sense to cling to the illusion that Saakashvili can offer it.