By Tarik Cyril Amar, a historian from Germany at Koç University in Istanbul working on Russia, Ukraine, and Eastern Europe, the history of World War II, the cultural Cold War, and the politics of memory. He tweets at @tarikcyrilamar.

Germany’s new leadership has rolled out its blueprint for a ‘traffic-light’ coalition of political parties. With the EU and Moscow increasingly locked in a standoff, what will the change of power mean for relations with Russia?

The broad alliance of the Social Democrats (SPD), Greens, and free-market liberals (FDP) has published a “coalition agreement” of almost 180 pages that sheds some light on the question. The most obvious area of interest is the country’s foreign ministry, and it is increasingly certain that Green co-leader Annalena Baerbock will head it.

This has special implications for Germany’s relationship with Russia: whatever Green politics may have had to say about pacifism and against NATO, Baerbock, like most people on her side of the spectrum nowadays, is an Atlanticist hardliner who demands a tougher line toward Moscow (and Beijing as well). She has repeatedly argued against the Nord Stream 2 pipeline, and, most recently, joined those falsely but resonantly blaming a scarcity of gas in the European Union on Russia. For this, the putative minister has been richly rewarded with Centrist bien-pensant praise. 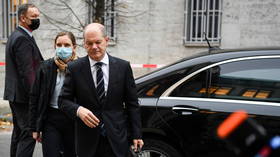 Baerbock generally indulges in crowd-pleasing rhetoric about values and insists that Western Europe must not be “blackmailed” by Moscow. The underlying understanding of “blackmail” seems to apply whenever Russia has the temerity to guard or promote its national interests. Baerbock also shows no awareness that an EU that antagonizes Moscow at every turn looks a little silly when it pouts over a less than forbearing response. Basic reciprocity does not seem to come easy for her. That and her current habit of fishing for domestic popularity points indicate a troubling disposition for Germany’s future top diplomat.

So far, so unimpressive. But things are less simple and, perhaps, disturbing than they seem. For one thing Baerbock is – for a politician – young and extremely inexperienced, as was shown in several blatant missteps during the election campaign. Setting out with high hopes – and polls – that seemed to open the possibility of a Green-dominated government with her as chancellor, her mistakes contributed to bringing the Greens down to earth again.

Moreover, up until now she has been a party cadre. Having built her career inside the Green party, she has been a parliamentarian but has never held state office, neither in foreign affairs nor any other policy area. That may seem unpromising, and it may turn out badly. Yet it may also give her plenty of space to learn and grow, especially if it is true – as claimed by her admirers – that the thorough assimilation of new subject matters is her forte.

Likewise, Baerbock’s obvious ambition is equally ambiguous. Up until now, it – together with her discipline and smarts – has served her well. She has made a stellar career. The question now is what will her drive to power and recognition tell her to do in her new position? With all the fervent talk, no one gets so far so quickly in politics without a very hefty dose of strategizing and opportunism. And that, again, could be good news. Those are characteristics closely related, after all, to the flexibility and realism that a good diplomat needs.

One early test of Baerbock’s real approach now will be her actions – or perhaps not so much action? – regarding Nord Stream 2. The current situation of the pipeline is complicated. It has been completed, but still requires operating permissions from first German and then EU agencies. Russia has been urging a quick certification, but that seems not likely to happen. At this point, the German side has recently suspended the process, requiring some legal re-arrangements to separate the company running the pipeline from that providing the gas. Such a request was more or less expected and has been met with statements of compliance.

The US, meanwhile, is playing its now customary role of somewhat befuddled international spoiler. After wisely stepping back from trying to coerce not only Russia but key NATO ally Germany in order to scupper Nord Stream 2, now some sanctions have returned. Why and for what purpose? US LNG lobbying asserting itself again? Playing to domestic Russia Rage? Or just because a day without sanctions on Russia seems a day not well lived to the Washington foreign policy/think tank blob? The point may be that no one knows anymore. To increase the impression of chaos, the White House is signaling that it will try to remove those sanctions again. Let’s hope America can make up its mind.

Against this messy background, Baerbock has two options: She could, in essence, let Nord Stream 2 be and treat that ship as having sailed already, leaving the certification process to work itself out – and maybe quietly hoping for someone else to stop the project by next spring. Or she could stick to her guns and go on actively campaigning against the pipeline. The inconvenient part of that option is that now, as foreign minister, she would have to follow up on her words with deeds. That would involve a head-on clash with the leader of the “traffic-light” coalition, SPD politician and chancellor Olaf Scholz. Because the SPD has been and remains in favor of the pipeline.

A fair prediction would that Baerbock will adapt, wisely. Some of her fans will be disappointed, but most will at least forgive her, because she can plausibly claim – or just imply – that the chancellor’s role is too strong, in foreign policy as well, and the coalition too important to risk a major falling-out over a single issue. Especially after the recent European gas crisis, which has demonstrated that those arguing Europe had clear overcapacities and thus would not need Nord Stream 2 to buffer its transition to renewables were far too optimistic. For Baerbock, cutting her losses on this topic would be a sign of realism and sound strategy.

In addition, the revival of US interference against Nord Stream 2 – if it should continue – makes it, if anything, harder for Baerbock to oppose the pipeline, since blatant American coercion is also unpopular in Germany. Especially because Washington’s motives are transparent, geopolitically selfish as usual, and obviously have nothing to do with climate policy – not to speak of the routine cant about “democracy.” The Greens are staunch Atlanticists now. Yet they should be smart enough not to appear as silly American tools.

There are other considerations inspiring hope for a reasonably rational German foreign policy. The “coalition agreement” is a serious and detailed agreement, the result of efficiently quick yet intense negotiations. It does not predetermine future policies, but it has real weight. It is important therefore to observe what it has to say – and also what it does not say. 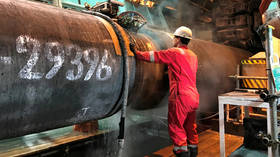 Regarding Russia, the agreement describes the current status quo, no more no less, noting difficulties, yet abstaining from neo-Cold War rhetoric and declaring that Germany remains ready for “constructive dialogue.” It also reaffirms Germany’s general commitment to the West and NATO. No surprises here either.

When it comes to specifics, the document is a little more hawkish than might have been expected, in that it foresees armed drones for the German military and explicitly confirms that Germany will maintain its modest yet symbolically important capacity to help end the world by carrying some American nukes to their targets. For Atlanticists this “nuclear participation” policy is a fetish, and they’ll have it. Yet both, drones and bombers capable of ensuring a German contribution to Armageddon are mostly symbolical issues. Their significance is minor.

Note also that the “coalition agreement” is less of a Reagan-revival piece when it comes to NATO’s – and Washington’s – aim of having every member spend at least 2% of GDP on defense. This has been watered down by promising 3%, but for “international activities,” also including development aid and diplomacy. A nod to increasing Europe’s “strategic sovereignty” could be misconstrued as encouraging, but the reality will remain that Germany will shy away from what that really implies most urgently, namely autonomy from the US. At the same time, a strong partnership with France is pointed out as a priority. That may help temper Cold War urgings, too, as France is more honest about and thus critical of Washington than Germany is.

Finally, hidden in plain sight is another very important fact. The coalition has formulated what amounts to major reform ambitions for Germany and its relationship with the European Union. There is a claim, loud and quiet, of renewal after decades of conservative same old, same old. Yet most of these ambitions are domestic or European, not global. That as well is encouraging. It speaks for realism and against seeking out international disagreement when it is avoidable.

Put differently, it may look as if Annalena Baerbock as foreign minister points to a new age of misguided “idealism”: a sort of provincial Green Atlanticist-Wilhelminism would be the worst imaginable outcome, with Germany strutting around, preaching its current set of well-meaning yet sometimes narrow-minded liberal middle-class values as if they were binding on everyone. But there are good reasons to suspect that, on the whole, pragmatism will retain its hold. And that’s a good thing, too.