Turkey is often cited by the Committee to Protect Journalists as the world’s largest jailer of media personnel in the world, alongside China and Egypt.

A man reads a newspaper on a bench in Istanbul.

For nine hours on Wednesday, Özge Terkoğlu sat in the gallery of a Turkish courtroom hearing testimony against her husband, Barış Terkoğlu, the news director of OdaTV, an online TV channel.

Watching her husband take the stand, she fretted about his weight loss over the past three months he spent in prison.

Barış Terkoğlu is one of seven journalists from various media outlets facing charges over their coverage of the deaths of Turkish intelligence officers in Libya. An eighth defendant, a municipal worker in the western Turkish town of Akhisar, is accused of supplying pictures to the journalists of the funeral of one of the dead intelligence officers.

Related: Maria Ressa: Duterte’s ‘weaponization of the law’ is a threat to democracy

The deaths weren’t a secret — it was discussed in Turkey’s parliament and on social media. But these writers were accused of breaking state secrecy laws; the charges were deemed so serious that even during the pandemic, the journalists could not be released. Instead, they languished alone in their cells.

It’s just the most recent example of how freedom of the press continues to shrink in Turkey — and the intense political pressure facing journalists to toe the line.

“He’s very courageous in terms of writing on topics that are very hard to touch, that disturb people that have power. All those things that we have to go through as a family, we can handle it. But we don’t deserve it.”

“He’s very courageous in terms of writing on topics that are very hard to touch, that disturb people that have power,” Özge Terkoğlu said of her husband. “All those things that we have to go through as a family, we can handle it. But we don’t deserve it.”

Turkey is often cited by the Committee to Protect Journalists as the world’s largest jailer of media personnel in the world, alongside China and Egypt.

Just this week, 19 Turkish journalists and media workers were scheduled for hearings for various offenses (including those on trial for breaking state secrecy laws), according to Expression Interrupted, a free speech tracking project. If things go as usual, some reporters will be released, others will pay fines and some cases will drag on for years.

Related: How Turkey’s Erdoğan went from populist hero to strongman

In Terkoğlu’s case, the judges returned on Wednesday with a decision around 10 p.m. Three of the journalists, including Terkoğlu, were released while their trial continues. The others will likely remain in prison until the next hearing, which is scheduled for September. 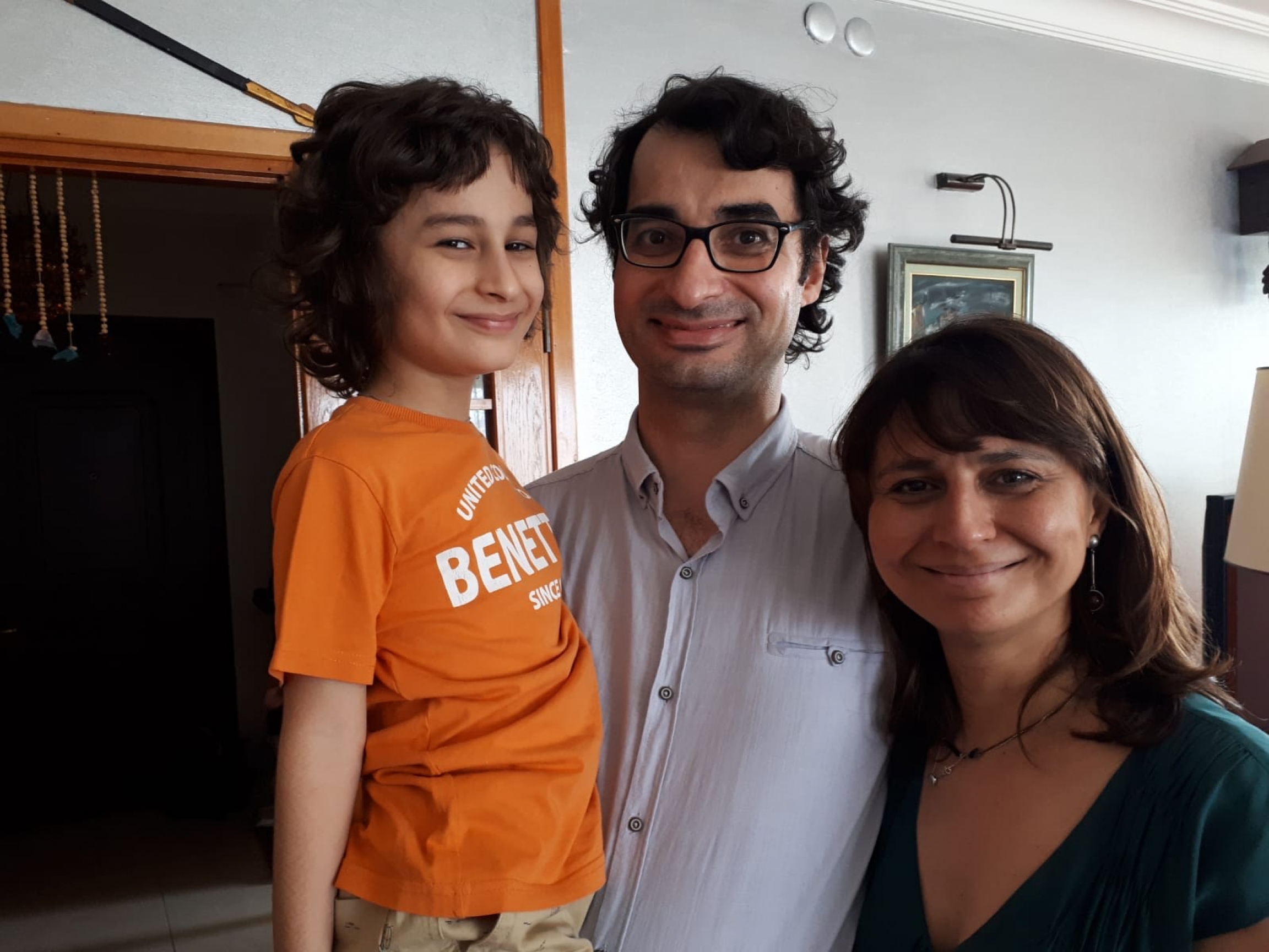 Özge Terkoğlu and her husband, Barış Terkoğlu, are pictured with their young son.

The ambiguity of the law and irregularity of how it is imposed is enough to make anyone rethink the work they do. Some reporters leave the industry or move abroad. Others establish alternative outlets online, like OdaTV.

Little by little, political influence is reshaping how Turkish readers understand news about Turkey and its relationship with the world.

“Maybe 95% of national media, especially newspapers and TV stations, are owned by media companies that are close to the government,” said Eylem Yanardağoğlu, an associate professor of New Media at Kadir Has University in Istanbul. “What we call ‘mainstream media’ has almost disappeared.”

On any given newsstand in Turkey, a casual reader will find several national newspapers with various political bents. On TV, viewers can flip through multiple news channels, including CNN’s Turkish affiliate. It’s easy to get the impression that Turkey has a healthy, diverse media environment, but this does not reflect reality, Yanardağoğlu said.

This media consolidation ramped up as Turkish President Recep Tayyip Erdoğan began to crack down on political rivals after the Gezi Park protests in 2013. At the time, network TV stations famously showed nature documentaries to avoid covering the events. Journalists who did venture out to cover the protests suffered injuries by police and threats from government officials, according to Reporters Without Borders.

Three years later, following a bloody coup attempt on July 15, 2016, media arrests reached a nadir. At least 81 journalists were jailed in retaliation for their work the highest number in any one country counted at any time, according to CPJ.

“Using your pen to serve international smear campaigns is not journalism,” Erdoğan claimed in 2017, after coming under fire for the number of reporters languishing in Turkish jails.

Traditional media used to protect the public’s right to reliable information in Turkey, said Yanardağoğlu. Today, journalists who don’t toe the political line get pushed to alternative websites and social media, where the pay is lower, but there’s more freedom.

“This is creating new debates: Whose job is it to tell the truth? And is it the truth?”

“This is creating new debates: Whose job is it to tell the truth? And is it the truth?” Yanardağoğlu said.

As Turkey’s digital news organizations jockey for flashy news that gets clicks, the reliability of online content suffers. Dedicated fact-checking organizations try to create some semblance of order, but it has become more challenging for everyday readers to discern truth from propaganda. Even a Turkish-language news service funded by the Russian government has attained a level of popularity, due to its ability to freely criticize Erdoğan.

Outside the courthouse, a group of colleagues and supporters of journalists on trial stood in the sun under a banner that depicts portraits of the six arrested writers with a cartoon of pencils turned into cell bars.

“Every single morning, believe me, you wake up at 4 in the morning listening to the door and wondering if [the police] are about to come to get you.”

“Every single morning, believe me, you wake up at 4 in the morning listening to the door and wondering if [the police] are about to come to get you, said Zafer Arapkirli, a former BBC presenter who now hosts his own online news program.

He wears a face mask with the phrase “susmayacağız” written over his mouth, which means “we will not be silent.”

“I’ve been working as a journalist in this country for 43 years now. And we’ve gone through these sorts of stages … where journalists were … silenced, where all sorts of democratic institutions were … crushed. But in the end, democracy will win,” he said. “We believe in democracy.”

Reuters contributed to this report.