US senators intend to discuss with Treasury Secretary Janet Yellen a bill on sanctions for organizations that transport gold from Russia's reserves or conduct any other operations with it, writes Axios 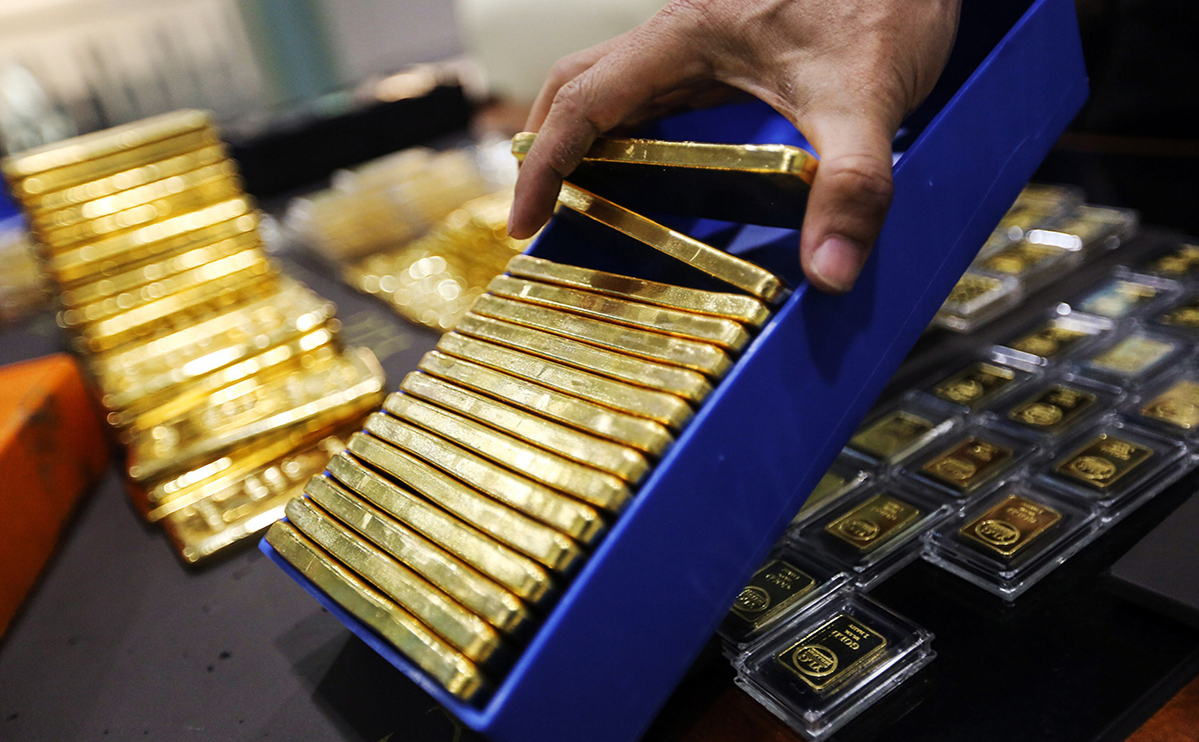 In the US, Republican senators are working with their colleagues from the Democratic Party and the Treasury on a bill that would allow to block Russia's gold reserves for about $132 billion, Axios reports, citing sources.

The bill involves the application of secondary sanctions against any US organization that knowingly conducts transactions with gold from the reserves of the Russian Central Bank or transports it. They will also face sanctions if they want to sell gold in Russia in any way.

The purpose of the bill— rule out for Russia any way to mitigate the effect of the imposed sanctions.

US Treasury Secretary Janet Yellen will meet with four senators this week to discuss a bill on sanctions for individuals involved in transactions with gold from the Bank of Russia's reserves, the sources said. At the same time, at an earlier stage of work on the bill, Yellen did not participate in its discussion, notes Axios.

According to the portal, earlier a similar bill was also submitted to the House of Representatives.

Due to Russia's special operation in Ukraine, the US Department of the Treasury's Office of Foreign Assets Control (OFAC) on February 28 banned American persons from dealing with the Russian Central Bank, Treasury and National Wealth Fund (NWF).

Although this measure differs from listing SDN (complete isolation from the American financial system), as was the case with the central banks of Iran or Syria, but in practice it still means de facto blocking sanctions, since “any transaction” is prohibited; with the participation of the Bank of Russia.

Prohibited transactions include “any transfer of assets”; To the Bank of Russia or the Ministry of Finance and “any currency exchange transaction in the interests of these organizations.” It follows that the Central Bank will not be able to access its assets under the jurisdiction of the United States or passing through banks in this country, and it will be extremely difficult to exchange reserves accumulated in gold for hard currency.

Because of the sanctions, Russia has already lost access to almost half of its gold and foreign exchange reserves, Russian Finance Minister Anton Siluanov said earlier. “We have total reserves of about $640 billion, about $300 billion of reserves are now in a state in which we cannot use them,” Siluanov said. He also added that Western countries are trying to put pressure on China to limit Russia's access to yuan reserves.

As of February 18, the international reserves of the Bank of Russia amounted to $643 billion (they are placed in assets denominated in various currencies, as well as in gold), the Central Bank reported. As of February 1, $311 billion of reserves were placed in securities of foreign issuers, $152 billion— in cash and deposits in banks abroad. Another $132 billion was stored in gold in Russia (almost 74 million troy ounces), about $30 billion— in reserves with the International Monetary Fund (IMF) and special drawing rights (SDR, IMF unit of account). This part of the reserves is practically protected from blocking.

Previous Post: Medvedev considered the goal of the United States “a walk-field with freaks in power” in place of Russia
Next Post: OECD suspends international testing of Russian schoolchildren