Political ideology is hardly set in stone, and words like ‘liberal’ and ‘conservative’ mean different things in different places. So, it’s no surprise that many Russian liberals hold views their counterparts in the West do not.

That goes some way towards explaining the behaviour of Russian journalist Konstantin Eggert, or “Von” Eggert as he occasionally styles himself. Either way, he’s frequently cited as a ‘liberal’ voice in the media, and his career includes spells as deputy foreign editor of Izvestia, editor-in-chief of the BBC Russian Service Moscow Bureau, and program host for the liberal Dozhd TV station.

His international awards include being appointed as an honorary member of the Most Excellent Order of the British Empire (MBE), a gong bestowed on him by Queen Elizabeth II. In short, he’s a very distinguished member of Russia’s intelligentsia, with an outlook palatable to those in the West.

In a letter published this week, Eggert informs the director of the famous Chatham House think tank in London of his decision to resign from the organisation, of which he has long been a member. The reason for him quitting, he says, is the institute’s decision to give an award to Melina Abdullah, co-founder of the Los Angeles chapter of Black Lives Matter (BLM). Eggert writes:

“I was born in the Soviet Union. My family members suffered imprisonment and death at the hands of a regime that espoused many of the traits that BLM displays directly or by implication: contempt for the rights of those they do not agree with, for freedom of speech and inquiry… Not least abhorrent is the reliance of BLM on intimidation rather than argument. These days one does not have to create a GULAG to silence opponents and impose conformity… people with my historical experience know the totalitarian ethic when we see it… I am deeply sorry that staff at Chatham House… chose to honour this particular movement… I cannot be complicit even if indirectly.”

I resigned my membership of @ChathamHouse in protest over the award of its Centennial Prize to #BLM. It is a sad end to a 20-year relationship with the Royal Institute of International Affairs. My letter to Director/CEO Dr Robin Niblett explains why I did it. pic.twitter.com/YYOHr0y2ls

Other Russian liberals share Eggert’s dislike of BLM. Prominent commentator Yulia Latynina, for instance, compared the BLM protests in America to “pogroms,” and the protesters to “hooligans.” Meanwhile, the German car maker Audi dropped socialite and one-time presidential candidate Ksenia Sobchak as a “brand ambassador” after negative comments she made on social media about the same protests.

Most strikingly, Sobchak’s husband, theatre director Konstantin Bogomolov, wrote a long spiel for the liberal newspaper Novaya Gazeta, in which he denounced “BLM [which] enters houses and demands that professors kneel down and share their living space and give money to help the starving Floyds,” referencing the grieving family of the man killed by cops in Minnesota. Going beyond BLM, Bogomolov compared Western identity politics as a whole to a “New Ethical Reich,” in which “the Nazis have given way to an equally aggressive mix of queer activists, fem-fanatics, and eco-psychopaths.”

So Eggert is not alone, and his reference to the Soviet Union provides a clue as to why – namely a very different understanding of rights and freedoms in the West and in Russia. To demonstrate how this came about, we need to take a little philosophical and historical diversion. 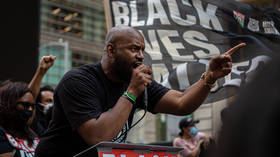 By contrast, communist thought saw individuals as inherently bound up with the groups to which they belonged, especially their class, and so favoured collective rights over individual ones. At the same time, it also preferred positive economic, social, and cultural rights over negative civil and political ones.

This led to a clash after the Second World War, when the countries of the world sat down to draft the Universal Declaration of Human Rights. The West wanted the declaration restricted to individual civil and political rights. The Soviets demanded that the focus be on collective economic, social and cultural rights. The result was a compromise: most of the document reflected the Western point of view, but the Soviets managed to include Article 2, which declared that “everyone is entitled to all the rights and freedoms set forth in this Declaration, without distinction of any kind, such as race, colour, sex, language, religion, political or other opinion, national or social origin, property, birth or other status.”

Nowadays, Article 2 is the core of much of what is deemed “liberal.” But it is worth noting that it was a Soviet idea, included in the face of resistance from Western “liberal” powers. This had an important impact on the subsequent development of Russian liberalism. 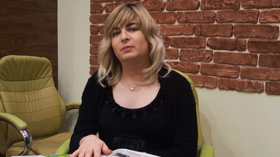 When a liberal intelligentsia reappeared in the late Soviet period, it sought a “return to civilization,” i.e. the West. This meant rejecting Soviet conceptions and accepting Western ones, which meant in turn that Russian liberalism came to mean overturning the Soviet preference for collective rights, including cultural rights, and endorsing instead the individual, negative rights of the West.

The result of all this is that since 1990, attitudes have flipped. Russians have accepted an individualist, classical liberal understanding of rights and freedoms, while Westerners have turned their back on it and endorsed the politics of difference. This puts Russian liberals in a bind, because the West they want Russia to join no longer exists. The result is some considerable angst.

All this casts doubt on whether the terms we use to describe Russian politics, such as conservative and liberal, are really very useful, as they conjure up images that don’t fit Russian realities. Indeed, Russian liberals often express views that in the West would be considered very right-wing and thus “conservative” and not “liberal” at all. So if Eggert’s letter tells us anything, it’s that if you’re looking for Russians who are liberal in the modern Western sense, you’re going to have considerable difficulty finding any.