Chinese Foreign Ministry: Beijing will not use nuclear weapons first and urges the United States to withdraw them from Europe China's nuclear arsenal is “at the minimum level necessary to ensure security”, Beijing does not compete with other countries in this area, said a Foreign Ministry spokesman. China urges US to withdraw nuclear weapons from Europe =”(max-width: 320px) and (min-resolution: 192dpi)” > 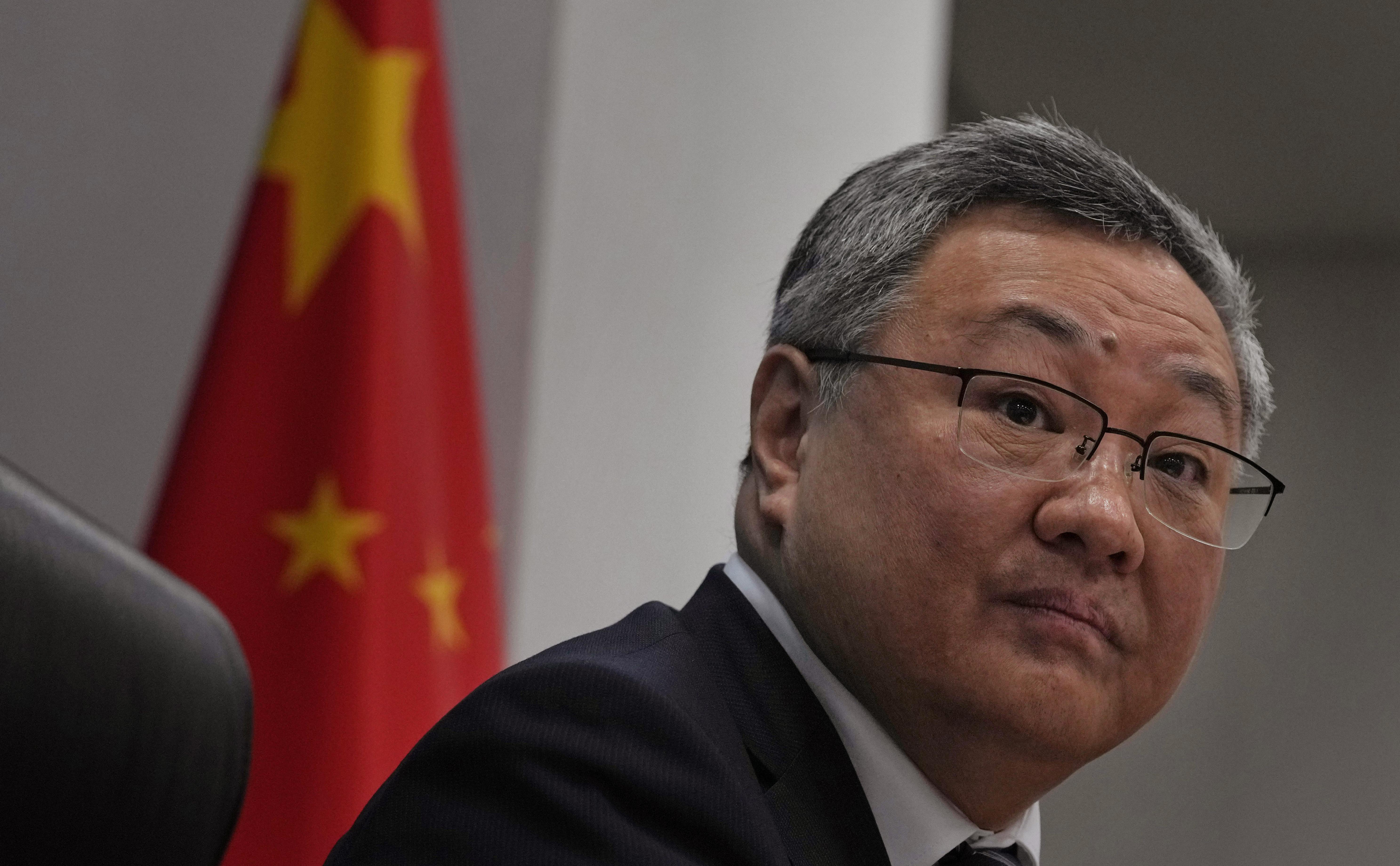 China adheres to the strategy of self-defense in the nuclear field and the non-first use of nuclear weapons, director of the Foreign Ministry's Arms Control Department Fu Cong said at a conference of countries— signatory to the Treaty on the Non-Proliferation of Nuclear Weapons (NPT) in New York.

“China <…> undertakes never to be the first to use nuclear weapons under any circumstances, — he said (TASS quote). The diplomat noted that the stockpiles of nuclear weapons in the country are “at the minimum necessary level to ensure national security,” and added that Beijing does not compete with other states in this area and does not participate in arms races.

Fu Cong urged the US to withdraw its nuclear weapons from Europe and not to place them in other regions. According to the representative of the Ministry of Foreign Affairs, joint nuclear missions are contrary to the terms of the NPT and increase the risk of nuclear conflicts.

According to the Stockholm International Peace Research Institute, as of the end of 2021, China's nuclear arsenal consisted of approximately 350 warheads (Russia and the United States have more than 5 thousand).

In April, The Wall Street Journal, citing sources familiar with the position of the Chinese leadership, reported that Beijing has accelerated the buildup of nuclear forces as a means of deterring Washington. Increasing US support for Taiwan, which Beijing sees as part of China, has led Chinese leaders to admit the possibility that the United States may want to use nuclear weapons in a conflict over the island, sources said. At the same time, the interlocutors stressed that Beijing does not intend to use nuclear weapons first.

The United States adheres to the “one China” principle, according to which Taiwan, which declared its independence from the PRC in 1949, is considered by Beijing to be part of China, and not a separate country. However, United States President Joe Biden had previously warned that if Beijing decides to “seize Taiwan”, Washington will, in accordance with its obligations, defend the island.

Read on RBC Pro Pro Why Canada's economy is worse than other countries G7 Articles Pro “It's not an expensive product, it's you beggar”: how sellers manipulate customers Instructions Pro Companies change software at extreme speeds. What mistakes they make Instructions Pro Digital Bedouins: what kind of business Russians go to the Emirates How to neutralize it Instructions Pro Due to what phrases and attitudes of parents children will not be able to become leaders the visit was sharply criticized by the PRC leadership, which considered it a provocation. The White House assured that Pelosi's arrival does not indicate any change in US policy towards China.

Authors Tags How does this concern you?