With tensions rising between Russia and NATO, the US-led military bloc should move troops to Eastern Europe as soon as possible and develop an action plan to battle any aggression from Moscow, the Lithuanian president has said.

According to Interfax-Ukraine, Gitanas Nauseda said on Tuesday that Western countries need to develop a clear plan of action to deal with the “loss of balance in the region” and the increasing number of Russian troops on the border with Ukraine. 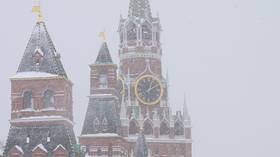 READ MORE: No reply from US to NATO demands – Russia

He added that NATO should begin to discuss the security of the region as a whole, not just individual countries, in order to be able to develop a “broad response” at an Eastern European level in the event of a confrontation with Russia.

“So that we are not just discussing the Ukrainian, Polish or Lithuanian situation separately. But that it should be a discussion of regional security,” the president stressed.

Nauseda’s call for more NATO manpower to be stationed in Eastern Europe follows a security-guarantees proposal pitched by Moscow to the US-led military bloc last week when Russia demanded that Brussels stop putting troops and military equipment near its border.

Moscow’s draft document with the legally binding security guarantees was proposed after a video summit between Russian President Vladimir Putin and his American counterpart Joe Biden, which focused on the accusations that Moscow is massing troops on the frontier with Ukraine. Following suggestions by multiple Western media outlets that a conflict is around the corner, NATO has ramped up its rhetoric, threatening Russia with punishing sanctions.

The Kremlin has repeatedly denied reports of an imminent offensive.