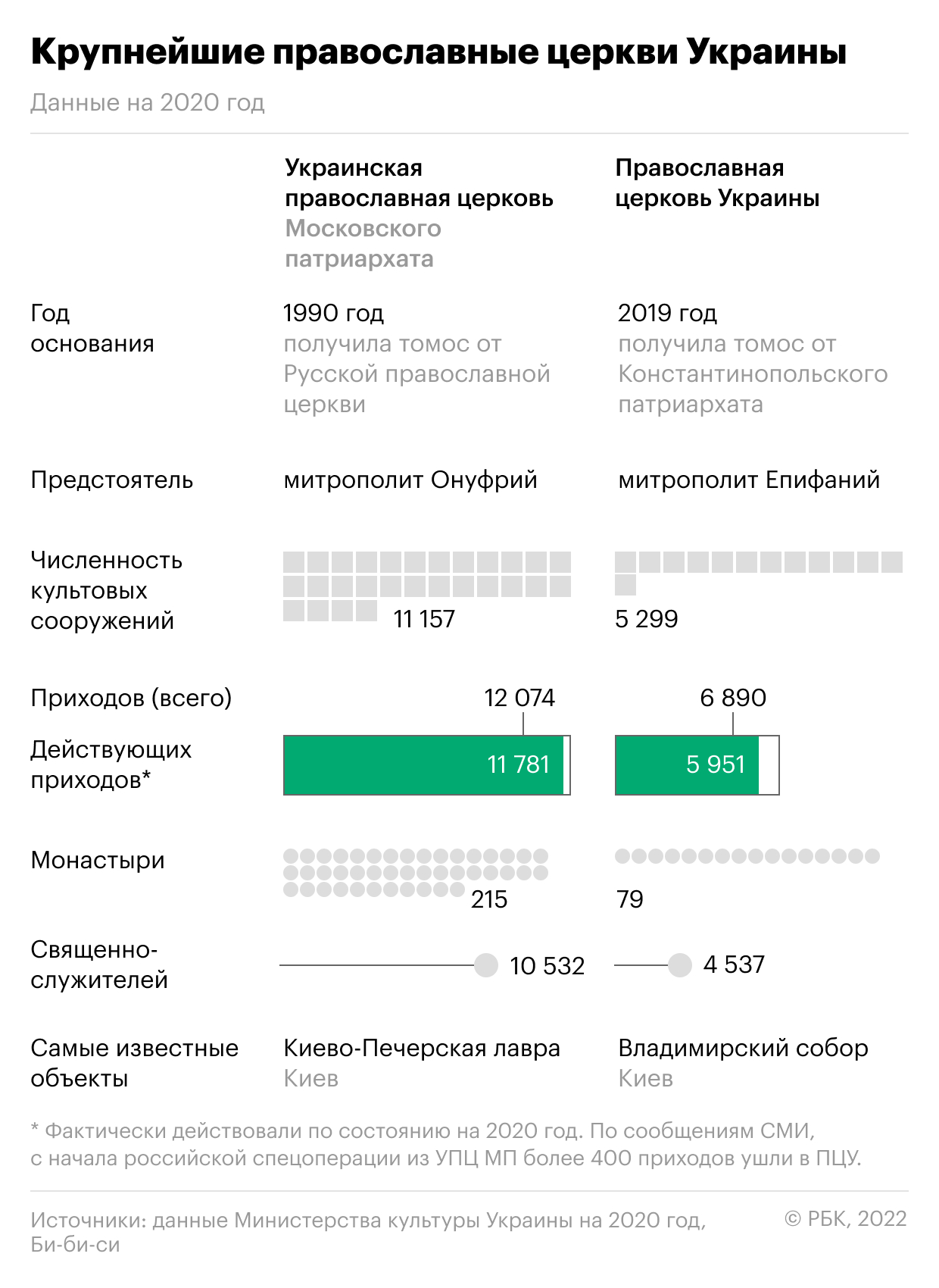 From the beginning of the special operation, according to the BBC, this process continued— Up to 400 parishes could already go to the OCU, and Ukrainian legislators began to discuss sanctions against the hierarchs of the Russian Orthodox Church. The UOC and the ROC also differed in their assessments of the events taking place. The Kyiv Church condemned the position of the Russian Orthodox Church and Patriarch Kirill, calling the hostilities “the sin of Cain”.

On May 31, Parliament supported an appeal to the National Security Council with a proposal to impose sanctions against Patriarch Kirill and other high-ranking representatives of the Russian Orthodox Church. The list of restrictive measures they propose consists of 19 items, including blocking assets, restricting trade operations, banning “the use of the radio frequency resource of Ukraine”, limiting the issuance of cash on payment cards, stopping cultural exchanges and scientific cooperation, denial of visas, cancellation of official visits, deprivation of state awards.

How exactly these sanctions will affect the position of the Ukrainian Orthodox Church is still unknown. In 2019, when during the Ukrainian public discussion the possibility of seizing the property of the church, including the famous lavra & mdash; Kiev-Pechersk and Pochaev, RBC found out that most of these objects are state-owned by Ukraine, and the churches are transferred under contracts for use.

Previous Post: Former US Ambassador to Russia Calls for ‘Fix’ Aspect of Sanctions
Next Post: Kadyrov dropped out of the top 5 richest heads of regions