“Climate change is one of the most serious challenges humanity faces today,” Putin told gathered leaders in Le Bourget, a commune in the northeast of the French capital.

“The quality of life of everyone on this planet, economic growth, and sustainable social development of entire regions depend on our ability to resolve the climate problem,” he continued.

Putin’s declaration that global warming poses a serious threat to humanity could not be further from his previous rhetoric of open skepticism. 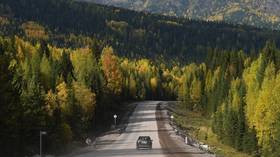 In 2003, after Russia refused to ratify the Kyoto Protocol climate change treaty, the then-51-year-old president quipped that global warming would not be so bad for Russia, a country that traditionally suffers from notoriously cold winters.

A slight increase in temperature would ensure that Russians “spend less on fur coats” while simultaneously boosting the country’s grain industry, he said.

Despite his previous blasé attitude to the impending climate crisis, it would be wrong to say that Putin was a full-blown global warming denier. In a trip to a scientific research station in the Arctic in 2010, the president noted that “the climate is changing” but still had not pointed at humans as a cause. The slight shift in tone was a sign that the abundant data backing up the scientific consensus had begun to change Putin’s mind.

It wasn’t just data that convinced the president. The 21st century has seen Russia hit by devastating forest fires on a yearly basis, while deadly floods in coastal areas like the southern Krasnodar Region have become more frequent.

Putin also looked at the problem through the lens of a pragmatist. Oil and gas might be the backbone of the national economy, but the threat of a warming climate on the country’s coldest regions might be enough of a financial incentive to move away from hydrocarbons. Sixty-five percent of Russia’s land is vulnerable to permafrost, and many settlements and different types of infrastructure are built on such terrain. Should it melt, the country is looking at severe economic consequences. Earlier this year, Russian environmental minister Alexander Kozlov estimated the loss at more than 5 trillion rubles ($69 billion) by 2050.

The impending threat of the proposed European Union carbon tax is also a factor. With many of the country’s largest companies dependent on the EU as an export market, enterprises will want the government’s help in reducing carbon output before tariffs are imposed in 2026. According to the Moscow business daily RBK, Russian suppliers of iron, steel, aluminum, and fertilizers could be looking at fees of €1.1 billion ($1.27 billion) annually.

These combined reasons, along with a growing public awareness of the dangers posed to Russia by climate change, are likely the impetus for Putin’s public about-face in 2015.

In the six years since, the president has continued along the same path, becoming a stronger voice on the need to battle global warming, and has now put the environment at the forefront of his political goals.

“If the human race is responsible for climate change, even in the slightest degree, and this climate change has grave implications, and if we can do something to, at least, slow down this process and avoid its negative consequences, we must spare no effort,” he told the Valdai International Discussion Club in Sochi in 2019.

Twelve months later, at the same event, he focused even harder on the man-made aspects of climate change.

“Humanity is not safe from natural disasters, many of which are the result of anthropogenic interference,” he told a room of experts and journalists. “Tensions have reached a critical point. We can see this in climate change. This problem calls for practical action and much more attention on our part.” 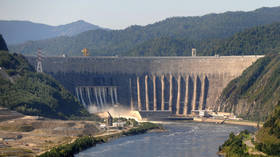 Russia to spend $1.3 trillion on transition to environmentally friendly energy sources over 28 years – Deputy PM ahead of COP26

Then, earlier this year, in response to a question at the annual Direct Line phone-in event, Putin warned that mankind must stop adding to climate change, or it risks turning the planet into Venus, which is “about 500 degrees Celsius hot.”

“We must do everything to minimize our contribution to what happens in the global sphere, in the universe in general,” the president stated. “We are a part of this universe. Whatever we can influence, we should.”

And, despite his no-show at the UN COP26 climate change conference in Glasgow, he is expected to make an address via video link – another reason to believe he is taking global warming seriously.

His change in attitude has not gone unnoticed inside environmentally conscious circles, and his intentions have even been praised by Vasily Yablokov, the head of Greenpeace Russia’s climate program. Earlier this year, he called the president’s proposals “welcome” while asking for the Kremlin to do more.

Putin’s changing view on the environmental crisis has not been met with unanimous praise, however. Despite his growing interest in promoting the green agenda, some believe current measures are still falling short in a country that is the world’s fourth-biggest emitter of carbon dioxide.

Last month, the government revealed its roadmap to achieve carbon neutrality by 2060, a decade behind the UN target. Under the Russian plan, emissions will keep growing until 2030, before being reduced by 79% from the current level, by 2050. Last week, in a phone talk with British Prime Minister Boris Johnson, Putin was encouraged to bring Moscow’s target forward to match the UN goal.

Alongside China, India, and Australia, Russia has also refused to join countries in the COP26 methane pledge, which is a commitment to cut emissions by 30% before 2030.

There are signs, however, that Putin’s change of heart is not just bluster. Moscow has agreed to sign the COP26 declaration on forests and land use, with Russia pledging to protect its valuable forest coverage, which has “significant capacity” to absorb carbon dioxide and produce oxygen. Last month, to that effect, he announced the creation of 23 new protected conservation areas.

Also on rt.com Despite using private jets & traveling around Europe with 85-car corteges, Biden slams Putin for appearing by video link at COP26

Moscow is also working on fining companies based on their contribution to global warming. Last month, Russian Economic Development Minister Maxim Reshetnikov revealed that the government was working on a national “carbon dioxide pricing” system, following the example of the EU.

It is clear that Russia’s battle against climate change has only just begun. Putin is now talking the talk and has already started to walk the walk, but a lot still needs to be done to manage the green energy transition and the fight against global warming. It is a crusade that will outlast his time in office.