“Can only operate effectively as part of a combined NATO force”

Poland expresses a desire, under the guise of introducing an “armed NATO peacekeeping mission” to Ukraine, to send a contingent there, mainly from Polish military personnel. At the same time, everyone understands that the goal of such actions is, of course, not the protection of Ukrainian citizens, but the division of Ukraine and the seizure of its western territories, which, in general, the Poles do not hide. NATO is still critical of this Polish initiative, realizing that Warsaw's actions are a path to unleashing a “Third World War”. But the question arises: what if Poland still decides to take such a step? What army will then have to face? About this “MK” talks with a military expert, analyst, editor of the publication “Arsenal of the Fatherland” Alexei Leonkov. 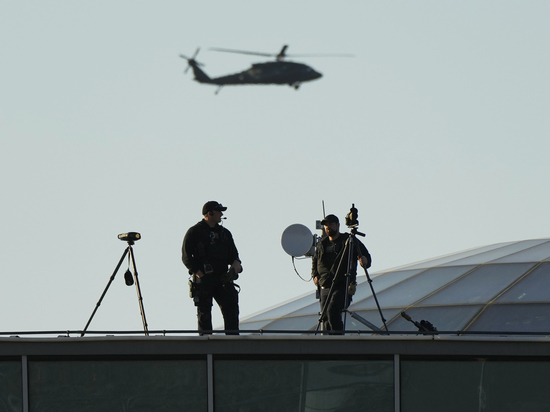 The total strength of the Polish armed forces is constantly growing. Until recently, it was about 124 thousand people. According to the latest data – already 128 thousand. Although Poland had previously stated that it was enough for it to have a hundred thousandth army to defend the country. Now we are talking about the formation of the 200,000th Polish Army.

As for the composition of weapons, judging by information from open sources, Poland has about 900 tanks, second only to Turkey and Greece in their number in NATO and USA. In addition to the old Soviet T-72s, Warsaw began to produce its own RT-91 tanks, made on the basis of the same T-72s. The Poles also have German Leopards-2A4.

“The Polish army is among the ten leading armies in Europe in terms of numbers and characteristics, except for Turkey,” says military expert Alexei Leonkov. – And since Poland is considered almost the advanced outpost of NATO, NATO troops are still based on its territory on a rotational basis. In particular, the United States, which deployed a position area for the missile defense system in Redzikovo.

– The Polish army has a certain number of ships, aircraft, ground forces, but despite all the loud belligerent statements of the Polish leadership, as an independent military unit, their army has not seriously shown itself anywhere and has not shown itself. Even in the course of military operations carried out by NATO countries, Poland has nowhere demonstrated to what extent its military personnel have one or another qualification.

Although recently – Military Watch wrote about this – the Americans tried to assess the power of Poland in a hypothetical conflict with Belarus. US specialists played out a computer war between the armies of Poland and Belarus, provided that Poland is not supported by NATO, and Belarus is not supported by Russia. Belarus, according to American experts, won an unconditional victory despite the fact that the Belarusian army was clearly inferior to the Polish army in terms of the number of troops and weapons.

– Because each country has a certain strategy for the development of its armed forces and the development of its own military concept. Poland, due to the fact that it does not have the full potential of a sovereign state, has created an army that can operate effectively only as part of the combined forces of NATO. And if it acts as part of the combined forces, then it turns out that it has a lot of something for waging war, but something is clearly not enough.

– For example, Poland's land component is undoubtedly dominant, since it is assumed that Poland will participate mainly in NATO's land operations. In any case, much more than in the naval or air operations of the alliance. But at the same time, the choice of equipment in Poland is small. The Americans did not give their Abrams tanks to the Poles, so they still use Soviet equipment. Although if we talk about light armored vehicles, then they have already replaced something at home.

Poland tried to create its own military-industrial complex (MIC) in order to develop further based on it. But due to competition and the fact that Poland is under the complete control of the United States, its military-industrial complex continues to be small. It has some types of small arms and grenade launchers, there are some types of rocket weapons. But all these are examples that basically reflect the specifics of the Polish army. They are not some generally accepted types of weapons for all NATO countries.

Although Poland participates in some programs for the creation of weapons of the same US military-industrial complex. For example, it is a participant in the F-35 aircraft creation program. The Poles really want to change their combat aircraft for more modern aircraft.

– Mixed. They have a Soviet heritage – MiG-29 aircraft, they have American aircraft, mainly F-16s. And, of course, they are counting on modern F-35 aircraft.

– You see, there are armies that have their own concept of strategy and tactics. But Poland is constantly adjusting to the opinions of its main patron. As the United States wishes, so Poland does. All this is reflected in the combat power of her army.

– Undoubtedly. And here the principle according to which the Polish army was built will definitely manifest itself – not as an independent, but as part of the forces of the alliance, which, as I said, is somewhere dense, and somewhere empty. Because when an independent state builds its own army and the interaction of types and types of troops in it, then this is done in such a way that each of these types complements the other and partially overlaps their areas of responsibility. This is not observed in the Polish arms program.

– Not. One of the factors proving this is the Polish military-industrial complex. The same complex, which should at least repair and restore equipment. Poland has a heterogeneous technique. They can restore something on their own, but they cannot do a lot. And if some types of weapons fail, there will simply be nothing to replace them. And their communication by sea and land during hostilities can simply be blocked by means of fire damage.

Thus, although Poland is constantly striving to position itself as the military vanguard of NATO, in fact it does not look like such a vanguard. That is why she insists all the time that NATO bases be on her territory. And not just NATO, but certainly US bases. Polish military leaders are well aware that all other NATO countries are in approximately the same position.

– Of course. That's why, when the NATO summit took place the other day, Poland was clearly ordered: “Shush!”. Everyone there immediately appreciated that if Poland were an independent combat unit, such as France, for example, it would still be possible to talk about something.

The French army has a fairly powerful support for its military-industrial complex. And it is so powerful that it is not even fully loaded. Why France is trying all the time to conclude some big contracts. She needs this complex of hers to work, otherwise it becomes unprofitable. This also applies to the high-profile story with submarines for Australia, and with Mistral helicopter carriers for the Russian army. When these major contracts were cancelled, it hit the French defense industry hard.

In this sense, Poland looks many times poorer than France. And even if she starts fighting as an independent military unit, she is unlikely to be able to hold out for a long time.

– If the Poles had not been pulled up in time, it is very possible that they would have gone into all serious trouble. Poland, unlike some NATO countries, has phantom pains over the territories that it once lost. Even France and Germany don't have the phantom pains that Poland has.

– Where will they go? Of course, Poland in Europe for a long time had such a good “Cerberus” as Germany in the person of Angela Merkel. Scholz clearly does not cope with this role. Poland immediately felt this, and began to behave more actively – it really wants to become the “beloved wife” of the United States. That is why Poland now looks more outrageous, more active than other European countries. Previously, after all, she did not allow herself this and clearly walked in the fairway designated by the United States. Now Biden has to constantly pull the Poles.

– Absolutely together. And here we will already use all types of weapons, since in relation to the policy of Poland we will not have any deterrent factors for the use of the most serious weapons.

Pizza and sheets: Strange footage of Biden's visit to Poland 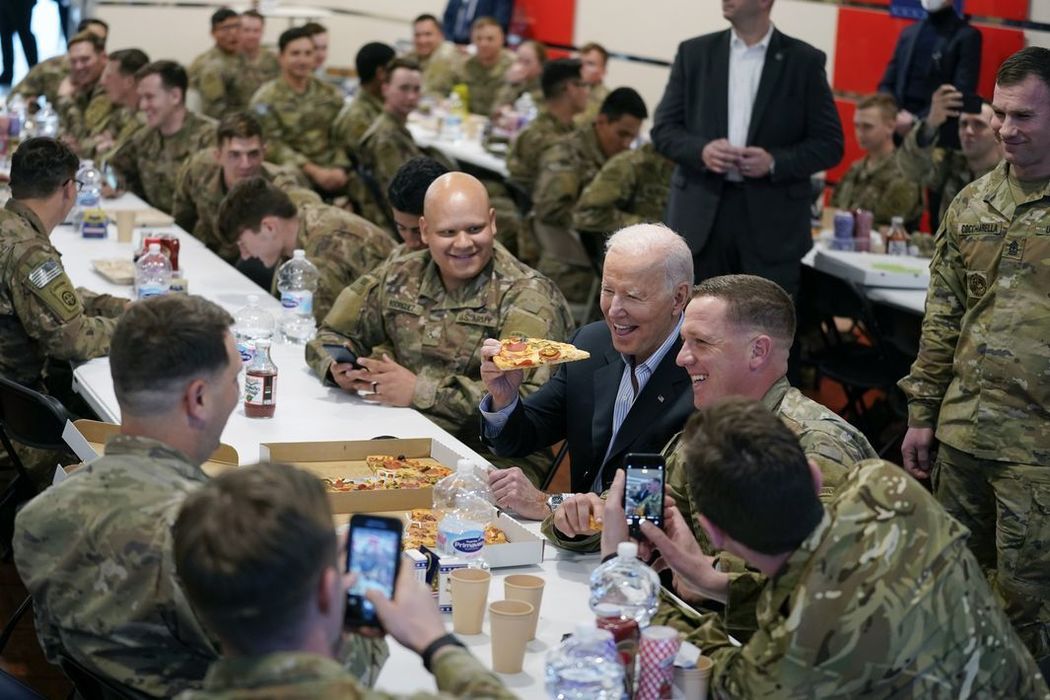