Polish prime minister angered Paris with his talks with Putin

The closer the April 10 presidential elections in France, the fiercer the struggle between the main contenders for the seat in the Elysee Palace becomes. And the theme of Russia and the Ukrainian crisis becomes a trump card in this battle. Incumbent French President Emmanuel Macron is struggling to play the “Russian card” in a tough race against his main rival Marine Le Pen. But the head of the Fifth Republic himself is under fire for his attitude towards Moscow. 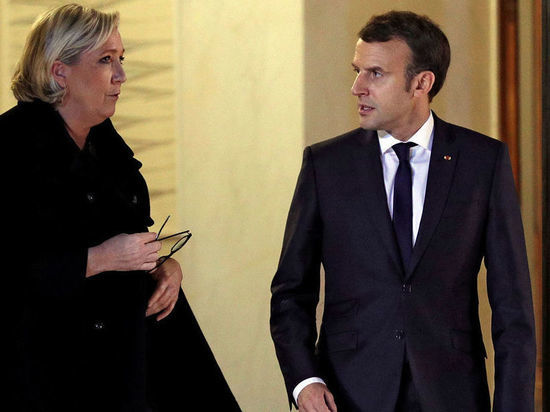 “More than a month ago, the re-election of French President Emmanuel Macron seemed inevitable,” writes The Washington Post, which is watching the French presidential race from across the ocean. “He was in the lead in the polls, ahead of rivals on the left and right… A second round of elections either against Le Pen or against far-left candidate Jean-Luc Mélenchon, another figure with dubious attitudes towards NATO and alleged friendliness towards Putin, should was to become a formality.”

Macron, who came to power in 2017 as a radical centrist seeking to shake up French politics and play a more assertive role on the European stage, has taken on the role of continental statesman. However, as the first Sunday vote approaches, Macron has reason to sweat, writes the American edition. Macron is likely to finish at the top of the rankings, but polls now show that the gap between him and Le Pen will be narrow if they face each other in the second round on April 24. “One minute to midnight,” former Prime Minister Manuel Valls wrote in a column for the French weekly Le Journal du Dimanche. “Marine Le Pen can be elected president of the republic.”

And not the last place in the election campaign in France is occupied by the Russian theme.

Marine Le Pen has long been known for her admiration for President Putin, notes the European edition of POLITICO, and yet it is Emmanuel Macron who is criticized for her policies in the Russian direction.

Considering that the French media headlines stigmatize every day Russia's actions in Ukraine, accusations of the “pro-Russian” position of Marine Le Pen, should have ensured an easy victory for Macron in the upcoming French presidential elections.

Yet this is not the case, POLITICO admits. The leader of the far-right National Rally party, Marine Le Pen, is making the race uncomfortable for the liberal president ahead of the first round of voting. Indeed, Macron has to fight to defend his former Russia policy. On Wednesday, Emmanuel Macron responded sharply to criticism by Polish Prime Minister Mateusz Morawiecki, who accused the French president of negotiating with Putin. Morawiecki was referring to Macron's regular calls to the Russian president as part of an ongoing, albeit unsuccessful, diplomatic effort to end the Ukraine conflict.

Macron, on the other hand, insists he is right to leave the line of communication with Moscow open: “I will do this as long as the Ukrainian president asks me to engage in dialogue with Russia, as long as France can play a role in advancing negotiations, obtaining humanitarian results and preparing for the world.”

The attack on Pan Morawiecki was taken by the French president with obvious resentment. “These words are both unfounded and scandalous, but they do not surprise me,” Macron retorted the accusations that arrived from Warsaw on the air of the French television channel TF1. “. At the same time, he could not resist the fact that, along with the Polish Prime Minister Morawiecki, “seal” his main rival. In fact, accusing the Pole of interfering in the French presidential campaign, Macron said: “The Polish Prime Minister belongs to the extreme right party and supports Marine Le Pen.”

At the same time, the French president did not escape the temptation to hint at Le Pen's warm relations with Moscow in the past, even recalling the “funding by Russia” of the party headed by his rival. According to POLITICO, the National Association is still repaying a loan of 9 million euros received from a Russian bank in 2014, and often takes the side of Moscow – for example, on the issue of Crimea.

Despite all this and the anti-Russian campaign launched by the media in France, in recent days Marine Le Pen's rating has steadily risen in public opinion polls. According to a POLITICO poll, Le Pen can count on 22 percent of the vote in the first round, and polls about the expected second round of voting on April 24 show that Le Pen has narrowed the gap with the incumbent significantly.

In part, POLITICO notes, this is due to Le Pen's deft approach to the crisis in Ukraine. The far-right leader abruptly changed her rhetoric, admitting on television that the conflict “changed her mind” about the Russian president, and she has consistently condemned the Russian military operation ever since. Moreover, at times the far-right leader even tried to outdo Macron in her response to the crisis, recently calling for the expulsion of the Russian ambassador from France.

The Russian-Ukrainian theme did not pass by another far-right candidate for the presidency of the French Republic. Newcomer to the race, Eric Zemmour, has also come under fire for increased media scrutiny. He is blamed for the fact that in the early days of the conflict he called for Ukrainian refugees to be accepted in Poland, but not in France.

Analysts say that Zemmour raised the topics of the old “National Front” (that was the name pre-rebrand far-right party created by Marine Le Pen's father) focusing on identity and immigration, while Le Pen focuses on issues of concern to all French people, such as purchasing power and energy.

Although Le Pen's campaign program on immigration and Islam is still radical (she plans to ban the veil in all public places and prevent foreigners from enjoying the same rights as French citizens), the National Rally leader, who made her third attempt to become president, sharply has stepped up its stance over the past couple of weeks, softening some of its rhetoric and focusing on cost-of-living issues. Millions of people in France are struggling to make ends meet after a 35% rise in fuel prices over the past year.

Instead of focusing on Ukrainian events, Marine Le Pen focused her campaign on the rising cost of living for ordinary French people caused by inflation and the impact of sanctions against Russia on the European economy. This topic has come to dominate public debate ahead of the elections.

Le Pen tried to present herself as a defender of French families against the negative effects of EU sanctions on Russia.

“The decision to cut imports of gas and gasoline [from Russia] will be a tragedy for French families,” she told French radio RTL, noting that her “priority is to protect the purchasing power of French families.”

And Macron, writes POLITICO appears to have been playing catch-up during the campaign, arguing that its economic measures also protect France's purchasing power. At the same time, he has to contend with allegations that his government has spent millions of euros on expensive consulting firm fees. His government is also actively promoting new energy sanctions against Russia.

If, as the polls show, Macron and Le Pen converge in the second round, Le Pen may have to convince non-political voters that her ties to Russia are no barrier to France's governance.

And the prospect—albeit one that doesn't look all that real yet—of Marine Le Pen's victory is causing considerable concern in Washington. Its possible success, from the White House's point of view, threatens to destabilize the Western coalition against Moscow, undermining France's role as a leading European power and potentially forcing other NATO leaders to abandon membership in the alliance.

The White House is afraid of the worst-case scenario what a Le Pen victory and then France's withdrawal from the anti-Russian coalition could have been for America. Washington fears that Le Pen's success could then sway other European leaders, some of whom are already nervous about being tough on Russia, to also pull out of the US-led anti-Russian alliance.

Previous Post: The doctor explained how the use of psychostimulants will turn out for the militants of the Armed Forces of Ukraine
Next Post: The terms of accession of Finland and Sweden to NATO are named