According to Mikhail Podolyak, adviser to the head of the office of the President of Ukraine, Medinsky and Arakhamia are talking about “the main provisions of the negotiation process.” At the same time, a meeting of delegations from Moscow and Kyiv is taking place in Istanbul 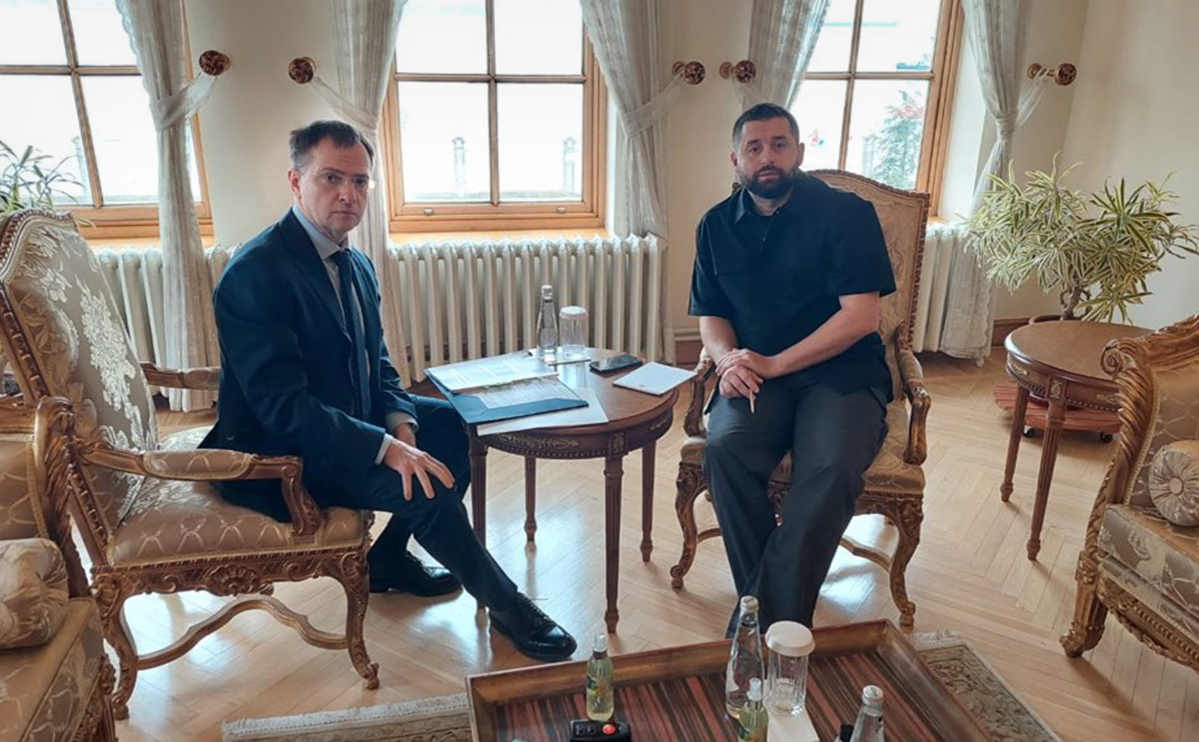 The head of the Russian delegation, aide to the President of Russia Vladimir Medinsky and a member of the Ukrainian delegation, head of the parliamentary faction of the ruling party of Ukraine “Servant of the People” David Arakhamia hold a personal meeting in Istanbul, where negotiations between the two countries are underway. This was reported by the All-Russian State Television and Radio Broadcasting Company.

Member of the Ukrainian delegation, adviser to the head of the office of the President of Ukraine Mikhail Podolyak also wrote about this on his Twitter. He pointed out that the “heads of delegations” they say “about the main provisions of the negotiation process.”

Negotiations between the Russian and Ukrainian sides are taking place in the Dolmabahce Palace. Prior to the meeting, the delegates were addressed by Turkish leader Recep Tayyip Erdogan, who had arranged the meeting with Russian President Vladimir Putin two days earlier.

Erdogan said the parties “have entered a period where there must be concrete results, received as a result of negotiations. According to the head of state, “it is in the interests of all to achieve a ceasefire as soon as possible.” In addition, Erdogan expressed hope for progress in discussing the meeting between Russian and Ukrainian Presidents Vladimir Putin and Vladimir Zelensky, whom he called “dear friends”.

Moscow is pushing for a comprehensive treaty with Kiev that would include such Russian demands as a neutral status for Ukraine, security guarantees, demilitarization, denazification, and the definition and recognition of Crimea and Donbass. Medinsky reported on March 25 that “on minor issues” the positions of the parties are “converging”, but on the basis of the main political demands, the negotiators are “treading water”.

Ukrainian President Volodymyr Zelensky noted on March 23 that the parties are “moving forward step by step” in the negotiations. Among the requirements of Ukraine— security guarantees and the withdrawal of Russian troops. Zelensky has previously spoken about his readiness to seek a compromise with Moscow on Crimea, the LPR and the DPR. The head of state pointed out that some of the changes that are expected as a result of the negotiations “may be historical”, so the issue of their adoption will be decided during a national referendum.

Previous Post: Kadyrov did not see any sense in the negotiations and offered to “destroy the shaitans”
Next Post: Erdogan spoke with Abramovich before the meeting between Russia and Ukraine