A court in Moscow has imposed a fine of one million rubles ($13,780) on Russian music channel ‘Muz TV’ after being found guilty of promoting so-called non-traditional sexual relations among teenagers.

The penalty is the largest possible that can be given to a company for breaking this law.

The court decision comes after an announcement in June by Russian media watchdog Roskomnadzor, which revealed that it would analyze the recording of the Muz-TV Music Awards. The ceremony was not marked as 18+ and was broadcast during the day, meaning that the watchdog believed it could have broken the law. 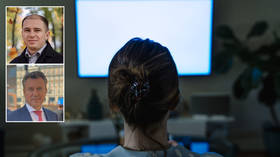 Although Roskomnadzor did not explain the exact moment that was deemed unacceptable, the award show broadcast caused a stir at the time after it pictured pop stars Philipp Kirkorov and Dava arriving in a white convertible surrounded by flowers and topless men.

Muz-TV also showed footage of famous blogger Igor Sinyak wearing a dress and TikTok star Danya Milohin donning an outfit consisting of half a tuxedo and half a pink dress.

In 2013, Russia enacted what is known colloquially as the “gay propaganda law,” which implemented restrictions on the endorsement of “non-traditional sexual values among minors.” The legislation has been criticized internationally, its detractors both at home and abroad calling it an attack on LGBT rights. Ruling party politicians have even questioned the law, with then-MP Oksana Pushkina saying last year that state policy “needs to be adjusted.”

Last month, two MPs from Russia’s ruling party announced that they intended to complain to the Prosecutor General after two male comedians kissed on a nationally broadcast TV comedy show, which one of the MPs dubbed as “disgusting.”