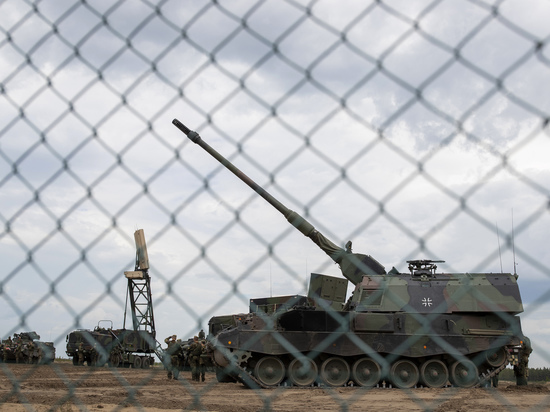 Western media again started talking about a possible clash between NATO and Russia. This time, analysts see the possibility of such a conflict in the confrontation between Moscow and Vilnius after the decision of Lita to ban the transit of goods subject to sanctions to the Kaliningrad region. In Russia, this was regarded as a blockade of Kaliningrad. Some politicians called for resolving this issue with the help of the army.

As the American publication Politico notes in its new material, the Suwalki corridor is a likely zone of direct military clash between the alliance and the Russian army. This is a hypothetical land corridor with a length of about 100 km, which can connect Belarus with the Kaliningrad region of Russia. Currently, Poland's border with Lithuania passes through this territory.

The Lithuanian military says they do not see any dangers yet. However, they call the Suwalki corridor the “Achilles heel of Lithuania”.

As the military explains, if Russia conducts an operation in this corridor, it will be able to simultaneously attack from the east (from Belarus) and from the west (from the Kaliningrad region ). This will enable the Russian military to quickly cut off the Baltic countries from NATO allies in the south.

The publication also notes that Russia has formed a powerful military presence in Kaliningrad: nuclear weapons, the Baltic Fleet and tens of thousands of soldiers.

Lithuania sees the only way out in building up the NATO contingent in this area. She herself is not ready for confrontation, the publication notes.

Previous Post: Bloomberg: India is going to prevent BRICS statements against the US
Next Post: “We are afraid to enter the entrance.” What the veteran of the Ministry of Internal Affairs arranged in the Moscow region