By Paul Robinson, a professor at the University of Ottawa. He writes about Russian and Soviet history, military history and military ethics, and is the author of the Irrussianality blog.

If anyone still doubts whether former US president Donald Trump colluded with Russia to win the 2016 election, new revelations this week should put the question to bed for good, with an FBI document showing it to be a fabrication.

The revelations in question take the form of an indictment laid against a Russian citizen living in the United States by the name of Igor Danchenko. The accusation against him is that he lied to the FBI when being questioned about his role in the “Russiagate” affair. But the real scandal is not in the untruths he supposedly told officers, but in what the charges reveal about how Russiagate came into being.

The origin of the scandal was the infamous “Steele dossier,” assembled by former British spy Christopher Steele, who had been commissioned by the American company Fusion GPS to dig up dirt on Trump on behalf of the US Democratic Party. Steele then paid Danchenko to do the work for him. 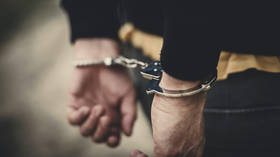 What the indictment reveals for the first time is that Danchenko in turn made use of the services of somebody referred to as “PR Executive-1,” who has been identified by the press as one Chuck Dolan. And it’s here that things begin to get truly interesting.

As the charge sheet states, during his career Dolan has served as “chairman of a national Democratic political organization,” “state chairman of President Clinton’s 1992 and 1996 presidential campaigns,” and “an adviser to Hillary Clinton’s 2008 presidential campaign.” And so it turns out that the allegations that Trump was a Russian agent hinged on a report commissioned by the Democratic Party, which relied heavily on information provided by somebody who was once an official in that party. The corrupt circularity of it is quite extraordinary.

Even stranger, the source of the claims that Trump was too close to the Russians was somebody who was very close to them himself. For as the indictment says, Dolan was employed “to handle public relations for the Russian government and a state-owned energy company. PR Executive-1 served as a lead consultant during that project and frequently interacted with senior Russian Federation leadership.” It turns out that it wasn’t the Republicans but the Democrats who were chummy with the Russians. The irony!

Danchenko’s relationship with Dolan exposes a lot about where the claims in the Steele dossier came from. Danchenko was quite clear about his purpose, telling Dolan that he wanted to hear “Any thought, rumour, allegation. I am working on a related project against Trump.” Clearly, this wasn’t a piece of neutral research, but a hatchet job for which any old rumour would do.

But if rumour wasn’t available, fabrication would do fine too. This becomes clear in the parts of the indictment dealing with the famous “pee-pee tape” – an alleged video-recording of Trump cavorting with prostitutes in a Moscow hotel while they urinated on the bed in the presidential suite.

The FBI document describes how Dolan and someone known as “Organizer-1” arranged a conference in Moscow at the hotel in question, in preparation for which they met the hotel manager and a member of staff and received a tour of the building, including the presidential suite. The manager and staff member are thus identified as the persons mentioned in the Steele dossier as “Source E” and “Source F,” who supposedly revealed the existence of the infamous videotape.

But that’s not all – the indictment says that although a hotel staff member did tell Dolan and Organizer-1 that Trump had stayed in the presidential suite, “according to both Organizer-1 and PR Executive-1, the staff member did not mention any sexual or salacious activity.” In short, the story of the “pee-pee tape” is a fabrication, pure and simple.

It’s not the only blow the document deals to the Russiagate story. It reveals that Dolan didn’t possess any great insider information. For instance, Danchenko wrote in the dossier that Trump campaign manager Paul Manafort had been fired due to infighting in the Republican camp, citing Dolan as having told him that he learned this from a meeting with a “GOP insider.” But Dolan then told the FBI that in reality he “fabricated the fact of the meeting in his communications with Danchenko.” 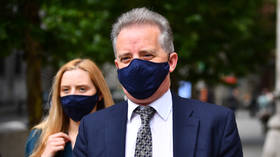 Why is disgraced MI6 author of the dodgy Trump-Russia dossier involved in a controversial group seeking harsh Covid restrictions?

Fabrication once again. A pattern is beginning to emerge. And it continues. The dossier made hay with claims of a “well-developed conspiracy of cooperation” between the Trump campaign and Russian officials. Danchenko told the FBI that his source was an anonymous telephone call from someone whom he believed was “Chamber President-1,” identified as Sergei Millian, the head of the Russian-American Chamber of Commerce.

But as the FBI discovered, Danchenko never spoke to Millian at all. Again, the claim to have received information from a high-placed source was false. But even if it had been true, it wouldn’t have been much better. Anonymous phone calls are hardly reliable sources. Yet somehow, this provided the basis for allegations of a deep conspiracy at the heart of the American political system. How anybody ever believed any of it is hard to imagine.

But believe it they did, including the FBI. Again and again in its indictment of Danchenko, the FBI accuses him of having serious impeded the course of justice with his false statements. Danchenko’s fabrications, the FBI complains, helped send it off on wild goose chases while preventing it from properly investigating the Russiagate allegations.

In making these claims, however, the FBI is being disingenuous. The organisation’s real errors came long before it got its hands on Danchenko, when it used the dossier to investigate Trump and, among other things, request the wiretapping of one-time Trump adviser Carter Page on the entirely false grounds that he was a Russian agent. The real problem was not that Danchenko lied to the FBI (if he did), but that the FBI believed the nonsense that he published in the dossier.

The truth is this: the Steele dossier was obvious garbage from the get-go. Sensible commentators pointed this out the moment it was published. Yet the FBI believed it and invested considerable resources in following up its claims, in the process blackening the name of innocents, such as Carter Page. That is entirely the FBI’s fault, no one else’s.

Also on rt.com What did he know and when? Biden’s National Security advisor implicated in Alfa Bank Russiagate scam

Unfortunately, in all this sorry affair, it’s the small fish who end up being caught – people like Danchenko, whose role in this sordid business was not insignificant but ultimately fairly minor compared with that of the security officials, journalists, and politicians who took the rubbish he produced and ran with it. Sadly, one doubts that any of them will ever be held to account.