The new Omicron variant of Covid-19, discovered last week in South Africa, has sparked panic and border closures around the world. Now, however, one of Russia’s top scientists has said it could prove to be an overreaction.

In an interview published by top Moscow tabloid KP on Sunday, Alexey Agranovsky, a professor of virology at Moscow State University, argued that the world should be wary of the new strain, but that it is unlikely to be as dangerous as the Delta version that has lead to a sharp rise in deaths.

According to him, Omicron is indeed unusual, because it contains more mutations than other new strains of the virus. “At least in theory, such a number of mutations could have some kind of consequences. That is, the Omicron strain may be able to get away from vaccines, and be more infectious,” he explained. 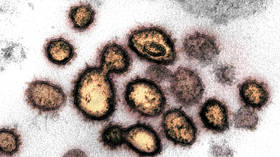 ‘Omicron’: How fear of new Covid strain gripped the world

However, he went on to say that “so far there is no evidence that it is capable of beating Delta, the currently dominant strain. Or that it is more deadly – none at all. Of the dozens of clinical cases that have so far been described, not a single death has been registered.”

Delta was first identified in India in December 2020. It has become the predominant strain of Covid-19, accounting for 99% of cases globally, according to the WHO. This is partly due to it being more contagious than other strains. However, Agranovsky remained skeptical that Omicron would go on to overtake Delta as the global form of coronavirus.

“We still need to study the characteristics of the Omicron variant. There have been too few cases recorded for us to get a more or less decent data set. Which groups does it infect more—the young, the old? How effective are antibodies in those who have already been infected or vaccinated? All this remains to be seen.”

As cases of the Omicron variant have been identified in more and more countries, some have taken steps designed to shut it out. Japan, Israel and Morocco barred all foreign travelers, and Australia delayed reopening its borders for two weeks. Russia, meanwhile, has suspended some flights and announced it will review rules on who can enter the country.

However, Professor Agranovsky maintained, “for now, there is no cause for panic.”