When Ukraine decided to reorientate towards the West in 2014, it lost billions of dollars in exports to Russia. Seven years later, despite close ties with the EU and the US, Kiev still hasn’t been able to replace the lost income.

That’s according to Viktor Suslov, who spoke on Sunday to the country’s NewsOne channel. Suslov served as the country’s minister of economy in the 1990s.

In Suslov’s opinion, the West’s plan to pull Kiev over to its side was supposed to inflict serious damage on Moscow. However, in the time since, while both sides have lost a lot, Russia has mainly recovered from its loss of access to the market of its neighbor, while Ukraine itself is still struggling. 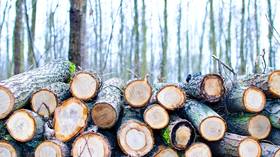 “Dragging Ukraine to the Western side should have weakened Russia dramatically. In fact, this only partially happened,” he explained. “After Ukraine turned to the West, all this economic cooperation was curtailed. Ukraine lost tens of billions of dollars from its exports.”

Before 2014, many Russian and Ukrainian companies worked closely together, and cross-border trade was significant for both nations. However, while Russia has managed to build up infrastructure to manufacture the items it used to be importing, Ukraine is still struggling.

“The main loser was Ukraine, which failed to close technological cycles and stopped producing rockets, airplanes, and many other types of high-end products,” Suslov noted. “By all indicators, we have become a country that produces mainly raw materials.”

To recover, Kiev could make up with Moscow and reopen to the Russian market, he said.

Suslov, who once served as an independent politician, now supports Opposition Platform – For Life, the country’s largest opposition party. Unlike President Volodymyr Zelensky’s Servant of the People faction, Suslov’s party supports closer engagement with Russia and a rejection of the country’s pivot towards the EU. Viktor Medvedchuk, the party’s chairman, is currently under house arrest facing charges of high treason and “aiding terrorism,” for allegedly conspiring with Moscow to disrupt coal supplies to Ukraine from South Africa in 2014. Medvedchuk denies all allegations and claims they are politically motivated.

Previous Post: Russia explains why there is no more diplomacy with NATO
Next Post: ‘Yes, we are racists’: Group of Ukrainians filmed marching in Kiev dressed as Ku Klux Klan on Halloween