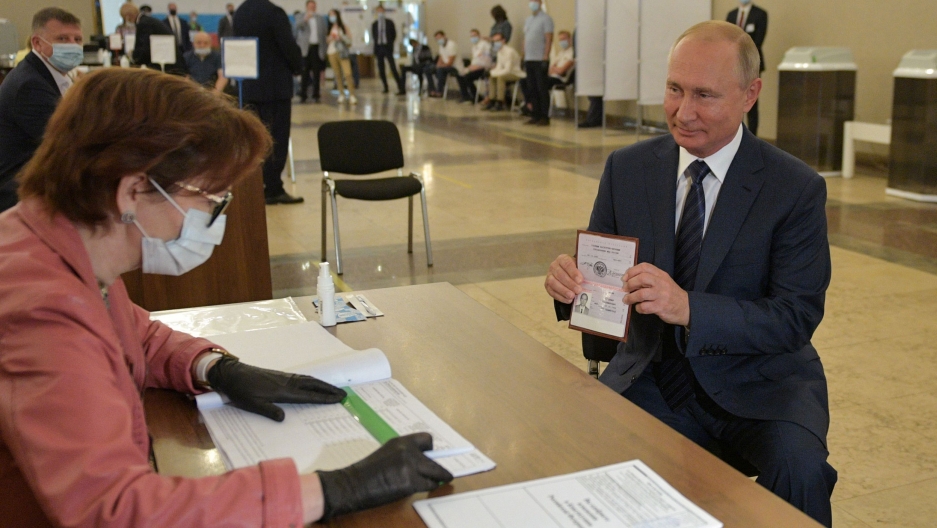 Russian President Vladimir Putin shows his passport to a member of a local electoral commission at a polling station on the last day of a weeklong nationwide vote on constitutional reforms in Moscow, Russia July 1, 2020.

Russian President Vladimir Putin gained an unsurprising victory as polls closed Wednesday in a weeklong referendum. Russians were asked to vote on a package of constitutional amendments, ranging from pension increases to endorsing a ban on gay marriage. It was a straight yes-or-no decision for the 206 amendments proposed. But the most important — and largely obscured or ignored in election materials and campaigning — was a change that paves the way for Putin to stay in power until 2036, when he will be in his mid-80s.

But while the results show an overwhelming victory, opposition politician Vladimir Kara-Murza emphasized that the election was “a sham exercise.” Had the vote actually been democratic, he told The World, Putin “would have lost that referendum. That much is absolutely clear from trends in Russian public opinion.”

Indeed the election itself had the trappings of a poorly funded game show: Text messages lured voters to the polls with the promise of “millions of prizes,” ballot boxes were placed on trees and votes were collected in car trunks. The Kremlin sought a symbolic victory with high voter turnout, but there was little question of how the election would end.

Kara-Murza called on the world to reject Putin’s authoritarian power grab. Still, he does not believe the longtime ruler will remain in power when 2036 comes: “In the authoritarian system that Vladimir Putin has created — political changes in Russia will not be decided at the ballot box. They will be one day decided on the streets.”

The referendum was originally planned for April, as Putin sought to capitalize on the wave of Russian patriotism ahead of Russia’s May 9 Victory Day commemorations. But both events were postponed as Russia was ravaged by the novel coronavirus pandemic. Less than two months later — even as Russia reports the third-most cases of COVID-19 — both the celebration and the voting went ahead.

And: In the US, the coronavirus pandemic has continued to spread. Today on The World we speak to Dr. Anthony Fauci, head of the US National Institute of Allergy and Infectious Diseases, who said that the pandemic has become his “worst nightmare.”

More than 100 are reported dead and more than 50 injured after a large landslide struck the Hpakant jade mining site in Myanmar. Authorities expect that more bodies will be found. Kachin State, where much of the world’s high-quality jade is produced, is the site of frequent mine accidents, and miners often work under dangerous conditions, which can become more perilous in the rainy season.

The killing of Haacaaluu Hundeessaa, an Ethiopian singer and activist, has sparked days of protest, leading to 80 deaths. Hundeessaa’s music had “provided a soundtrack to a generation” of Oromo anti-government protesters, who eventually forced Prime Minister Hailemariam Desalegn to step down in 2018.

A mysterious die-off of hundreds of elephants in Botswana has stumped scientists.

And, Amsterdam’s red-light district is reopening after the coronavirus shutdown. But strict rules abound to keep workers and their customers safe.

From The WorldPeople in northeast Syria are in desperate need of help. Aid groups can’t get to them. 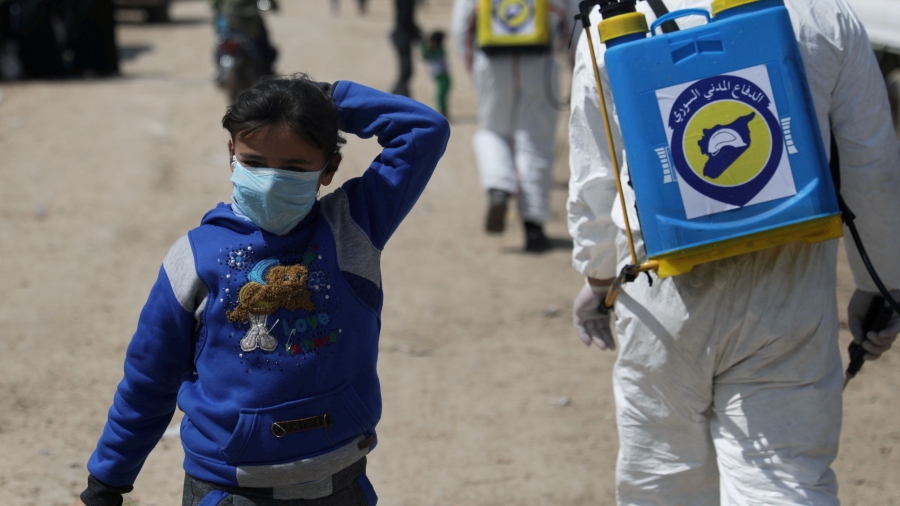 This week, heads of 20 aid agencies published an open letter urging the UN Security Council to reopen the Al Yarubiyah crossing into Syria. The crossing was closed last January, with fatal consequences, the aid groups say. 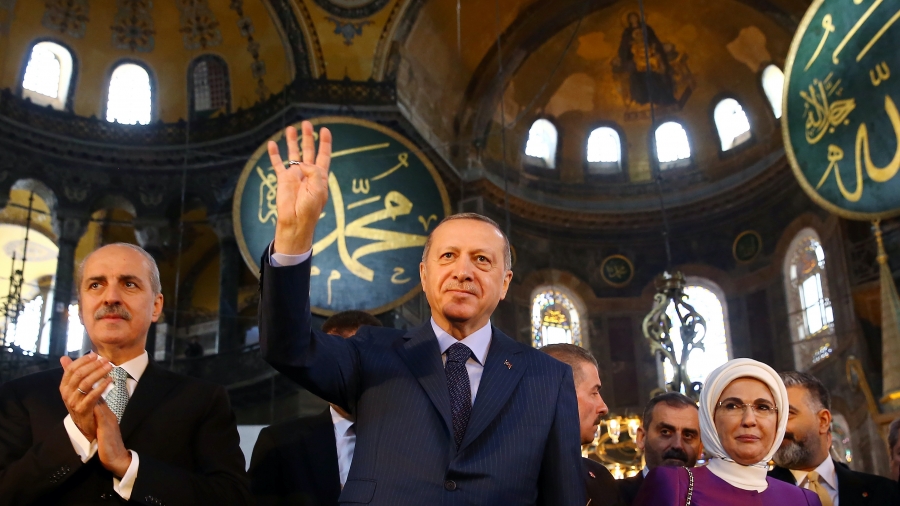 Top of The World will be back on Monday after the July 4 holiday, but you can still catch The World on air. And for a little celebration: a celestial firework display. 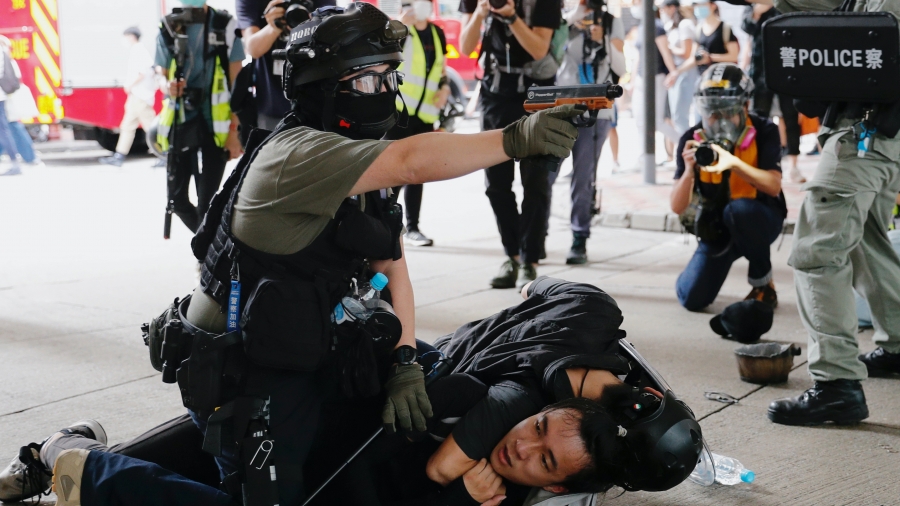 Riot police use water cannon to disperse anti-national security law protesters during a march at the anniversary of Hong Kong’s handover to China from Britain in Hong Kong, China, July 1, 2019.

In Hong Kong, a restrictive new security law enacted by Beijing is being used to arrest protesters on its first day in effect. we hear from pro-democracy activist Isaac Cheng. Plus, in Russia, it’s the last day for citizens to vote on a large bundle of constitutional amendments that include a measure that would allow President Vladimir Putin to remain in power until 2036. And, we look at how the coronavirus has impacted migrants in the seafood industry in the US.