Food prices in Russia are spiking at an alarming rate, the head of the Central Bank has said, calling for immediate action to reduce the cost of basic products in supermarkets to protect the country’s most vulnerable citizens.

Speaking on Thursday in the State Duma, Elvira Nabiullina remarked that Russians earning lower incomes will be most affected as food shopping takes up a large chunk of their monthly expenses. 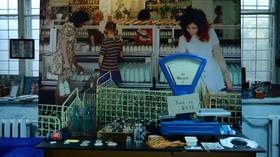 30 years after Soviet collapse, almost two-fifths of Russians say they have ‘barely enough’ for food, as prices surge – survey

The Central Bank chief explained that the current rate of overall inflation is around 8% and that it is necessary to halve it to just 4%. “Now it is twice as high as our target, and food inflation has spiked in the double figures.”

“If we miss inflation now, the least-protected groups of the population will suffer,” Nabiullina warned, stating that price increases destroy people’s quality of life.

She noted that the spiralling costs hitting shoppers’ pockets resembles circumstances in both the USA and Germany in the 1970s.

Concern over the rising cost of products, however, has consistently been highlighted as an issue hitting ordinary Russians

A poll in August by the Levada Center, which is registered as a foreign agent in the country over links to overseas funding, said that nearly two out of every five citizens had gone without food and drink due to a lack of money in the past six months. Figures published weeks before showed that food prices had jumped 7.4% in the past year.

The survey also revealed that around half of all Russians have had to skip purchasing clothes and shoes because of a shortage of cash. Meanwhile, 71% opted to not buy essential large homeware items.

To combat the inflation rate, the government created export quotas, potentially increasing the domestic availability of products made within the country. The Central Bank, meanwhile, upped the interest rate.