Chinese citizens are entering Russia, picking rare plants, and exporting them back across the border, causing an environmental issue that threatens the country’s biodiversity and could make endangered Russian flora extinct.

That’s according to Svetlana Radionova, the head of Russia’s Federal Service for Supervision of Natural Resources, Rosprirodnazdor.

Speaking to the Federation Council, Russia’s upper house, Radionova explained that there should be criminal punishments for illegally extracting plants listed in the Red Book, a government-run database of flora and fauna deemed endangered. 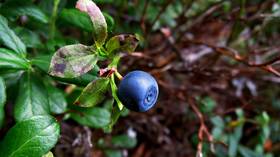 Russia can take 20% of global market for wild organic crops

“Now let us be clear – the ‘big Chinese brother’ is just hoovering up everything they can get,” Radionova explained. “You just can’t imagine how many phone calls I get asking for permission to remove wild boar, pine cones, however strange it may sound, as well as Chaga mushrooms.”

According to Radionova, legislating the protection of endangered plants is complicated in Russia because some regions have traditions that include collecting the plants.

“I was recently in the Altai Mountains. I talked to the locals. For them, it is part of their way of life. It is their life,” she said.

However, for Rosprirodnadzor, the protection of endemic species and biodiversity is the most important thing, she noted, revealing that the government agency “fully supports” criminalizing the “confiscation and illegal extraction of plants listed in the Red Book.”

In September, Russia’s Ministry of Natural Resources and Ecology raised the alarm about the overhunting and poaching of animals, declaring eleven endangered species as “likely extinct.” However, the data cited by Moscow daily Kommersant also noted that efforts to revive some other species are yielding positive results.

Previous Post: The clash on the EU’s border with Belarus isn’t a ‘migrant crisis’
Next Post: Russia issues warning to US over Ukraine