The peace brought on bayonets will not be enough for Ukrainians

The head of the Russian negotiating delegation, Vladimir Medinsky, said that “we need a peaceful, free, independent Ukraine, a neutral, non-NATO member, a country that is our friend, neighbor.” Russian Foreign Minister Sergei Lavrov gently avoided the question of whether the current events would turn the people of Ukraine away from Russia. And the head of the Foreign Intelligence Service, Sergei Naryshkin, said that the fate of our country is now being determined. From all this, it is obvious that peace brought on bayonets will not be enough for Ukrainians to start a real process of reunification of peoples. 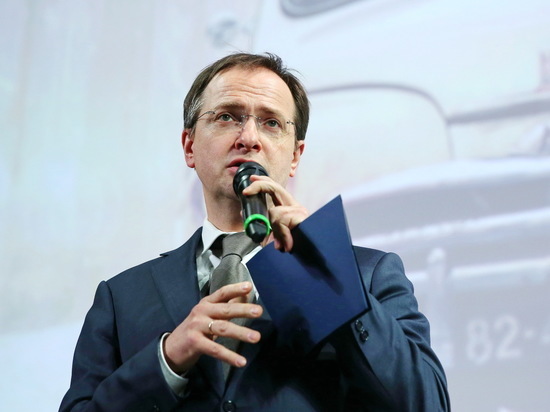 The inevitable military defeat will certainly make Ukraine, as Medinsky says, neutral, not a member of NATO. As for “free” and “independent”, of course, there are questions, but here it is necessary to agree on terms – what, in fact, is meant. Just like with the word “peaceful”. In terms of demilitarization and the threat to the surrounding countries (Russia), it is more or less clear here: the limitation of weapons, the size of the army, and so on. Will she be peaceful within herself?

Because – and Lavrov already said this in an interview with RBC – after Ukraine gained independence, Ukrainians began to be “debilitated”, including “in every possible way against the Russians.” This has borne fruit – the nationalist movement in Ukraine is very strong. After all, the bitterness of defeat will be added to this – no matter how a citizen treats his authorities, but if he is really a citizen of his country, he doesn’t care “it’s a shame for the state” when soldiers come from abroad. So the problem of denazification is an extremely serious problem. Bandera managed to finally uproot only about 15 years after the end of the Great Patriotic War. But even this problem can be solved if the majority of Ukrainians are offered something from Russia that they cannot refuse. Not because it is imposed and “if you don't like it – be patient, my beauty”, but because it is certainly attractive.

Return to Russia (not territorially, but who knows), joining the new pole of the world, Ukraine will not only be offered – it is inevitable and logical for Ukraine (otherwise why all this?). But…

Do Ukrainians need to change the awl for soap? The current openly pro-Western Ukrainian government – against Russia, secretly pro-Western? With a “fifth column” in government, media, culture and education? With officials who lobbied for the interests of Western companies to the detriment of domestic ones for the sake of statistical indicators, and even now resist and hope for the return of the “old order”. With the lack of freedom of domestic entrepreneurship, mutilated by countless armies of inspectors? You can list for a long time, but the fact remains – we lived in a dual world: with patriotic declarations to the public, the essence remained pro-Western, the whole life of the conditional Russian elite was there. Is such an exchange attractive? Of course not.

But what to offer?

At the expert council on historical education at the Ministry of Education and Science, Sergey Naryshkin said that the fate of Russia and its future place in the world are currently being decided, that Russia is now experiencing a “truly historic moment.” Because it claims its sovereignty – the right to independently, freely and consciously determine its own destiny, a guarantee of the well-being and dignity of Russians and the future of their children. And the philosopher Dugin says that it is precisely these days that Russia is in reality becoming another pole of the world, and only now the dialogue with the West will become truly equal and truly a dialogue.

It remains only to articulate clearly, without fearing the word “ideology”, to articulate , who are we. To name our values, to designate our worldview, to fill the concept of “Russian world” with meaning. Prove it with deeds. In fact, rebuild Russia. And offer this new Russia to Ukraine. A new country.

That's when, I hope, Ukraine will become “our friend, neighbor”, an integral part.

Previous Post: Expert on empowering governors with new powers: they will work in conditions of “turbulence”
Next Post: Putin hit the “fifth column”: now without foie gras