Russia continues to conduct a special military operation in Ukraine. The head of the US State Department, Anthony Blinken, as well as the head of the Pentagon, Lloyd Austin, arrived in Kyiv. In Bryansk, meanwhile, a fire broke out at an oil depot. Before that, the townspeople heard several pops. The Lithuanian authorities have proposed to the European Union to impose sanctions against the Patriarch of Moscow and All Russia Kirill. Read online of the previous day of the special operation here. 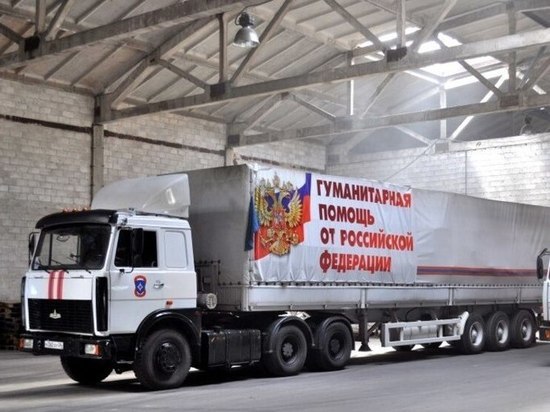 12:38 The euro exchange rate on the Moscow Exchange fell to 77 rubles. This happened for the first time since June 2020.

12:28 Russian Deputy Foreign Minister Andrey Rudenko noted that he had not heard anything about the Russian authorities preparing a “refendum” in Kherson. Earlier, the holding of such an independence referendum in the Zelensky Office was called a reason for the complete cancellation of negotiations with Russia.

12:04 Deputy Foreign Minister Andrei Rudenko said that Moscow is not preparing for a new meeting between Sergey Lavrov and Dmitry Kuleba.

12:02 The Verkhovna Rada of Ukraine does not intend to change the article of the constitution that fixes the course to join NATO. This will not happen even if the country receives security guarantees from foreign states, as Rada Chairman Ruslan Stefanchuk said.

12:00 The Armed Forces of Ukraine shelled the area of ​​hospital No. 2 in the northwestern part of Makeevka. This was reported in the city administration.

11:35 The head of the DPR, Pushilin, did not rule out the possibility of new attempts by the Ukrainian security forces to break through from Azovstal. Nevertheless, there are enough forces and means to stop this, the head of the DPR noted. According to him, at Azovstal about 400 foreign mercenaries are sitting.

11:22 The head of European diplomacy, Josep Borrell, noted that wheat could become Russia's new economic weapon. According to him, the EU must get rid of energy dependence on Russia, but the agreement of all member countries on this issue has not yet been reached. He also believes that after the end of the conflict in Ukraine, the world will be even more divided, which will lead to economic shocks.

11:03 The Grand Prix in figure skating in Russia was canceled . This is stated on the website of the International Skating Union (ISU).

10:56 Deputy head of Roskomnadzor said that since the beginning of the special operation, more than 85 thousand materials with false data on foreign Internet sites have already been blocked. In particular, only Google was fined more than 7 billion rubles for not removing illegal content.

10:51 The Chinese authorities emphasize that they are not engaged in the implementation of the project to build a military base on Solomon Islands. Earlier in Australia, the possible appearance of a base in this state was called the “red line”.

10:48 The morning briefing of the Russian Ministry of Defense took place.

According to the ministry, long-range precision weapons in Kremenchug managed to destroy the facilities of the oil refinery. Also, strikes were made on storage facilities with oil products.

In addition, the Russian Aerospace Forces hit 56 Ukrainian military facilities, including a fuel storage facility in the Kharkiv region. In addition, up to 160 personnel were killed.

10:16 Airport "Vnukovo" in Moscow is working on cost optimization. They introduced downtime for employees in connection with the “difficult situation” in the aviation industry. During downtime, the employee will receive two-thirds of the salary. He also retains a job and the right to medical care under VHI.

9:52 Interesting information from WSJ. In Europe, underwear has risen in price due to sanctions against Russia. So, a regular underwire bra already costs $17, which is 13 percent more than in 2020.

9:35 Kursk Region Governor Roman Starovoit said that in the region shot down two Ukrainian drones. According to him, there were no casualties or destruction. This happened on Monday morning at 4.15 in the village of Borovskoye, Rylsky district.

9:25 A video of a meeting between US Secretary of State Blinken and Secretary of Defense Austin and Zelensky in Kyiv has also surfaced. Officially, the results of the meeting with Blinken and Austin are as follows: they discussed defense assistance, strengthening the sanctions policy against Russia, financial support for Ukraine and security guarantees.

9:20 The Russian Ministry of Defense published another video from Ukraine. This time it is shown how the Iskander struck Ukrainian warehouses with ammunition and weapons.

9:18 The Central Bank of Russia announces that it will set the official exchange rates for the dollar, euro and yuan at the weighted average rate on the Moscow Exchange. This will happen from 10.00 to 15.30 Moscow time.

9:10 The Ministry of Emergency Situations reported the details of the fire at the oil depot in Bryansk. It is alleged that there will be no evacuation due to fire. According to preliminary data, no one was injured in the fire.

On Sunday, the head of the DPR, Pushilin, attended an Easter service in a church in Mariupol. He came to the temple of the Archangel Michael of God. He stated that the situation in the city still remains difficult due to the fact that Azovstal is located on the territory Ukrainian nationalists. “We understand that they do not have much time left due to various circumstances,” he emphasized.

Kyiv and Washington are discussing the use of frozen Russian assets for financial assistance to Ukraine. Kyiv needs up to $5 billion in financial assistance every month, Western partners, including the G20 countries, the IMF, the World Bank, agree with this amount, as Prime Minister of Ukraine Denys Shmyhal said.

The Ukrainian Foreign Ministry was very disappointed with the words Austrian Foreign Minister Alexander Schallenberg. He called for Kyiv to find a special way of cooperation with the EU instead of full membership. Kyiv noted that delaying the moment of granting Ukraine membership in the EU or the search for an alternative “slows down the strengthening of the European Union.” Ukraine, on the other hand, has every reason to demand recognition of “its strategic role for the EU”.

Previous Post: Political scientist assessed the results of two months of the special operation of the Russian Federation in Ukraine
Next Post: US Secretary of Defense and Secretary of State visit Kyiv