Sweden will receive US security guarantees during NATO application review

The US is ready to provide Sweden with security guarantees during the NATO application and review process, Foreign Minister Ann Linde said in an interview with local SVT television after meeting with US Secretary of State Anthony Blinken.

“I can conclude from talking with Anthony Blinken and a number of senators who are in charge of these issues that there is a lot of interest on the part of the US in Sweden and Finland joining NATO. It is believed that in the Arctic and the Baltic region there would be a positive situation in terms of security policy. Thus, everyone is ready to provide various types of security insurance,»— said Linde.

The head of the Swedish Foreign Ministry stressed that she understands that these will not be the same security guarantees that exist for full members of the North Atlantic Alliance.

“It would mean that Russia understood that if it did negative actions towards Sweden, which it threatens, then there is nothing that the US would simply leave unnoticed by doing nothing,” — she pointed out, explaining what is meant by “types of security insurance.” 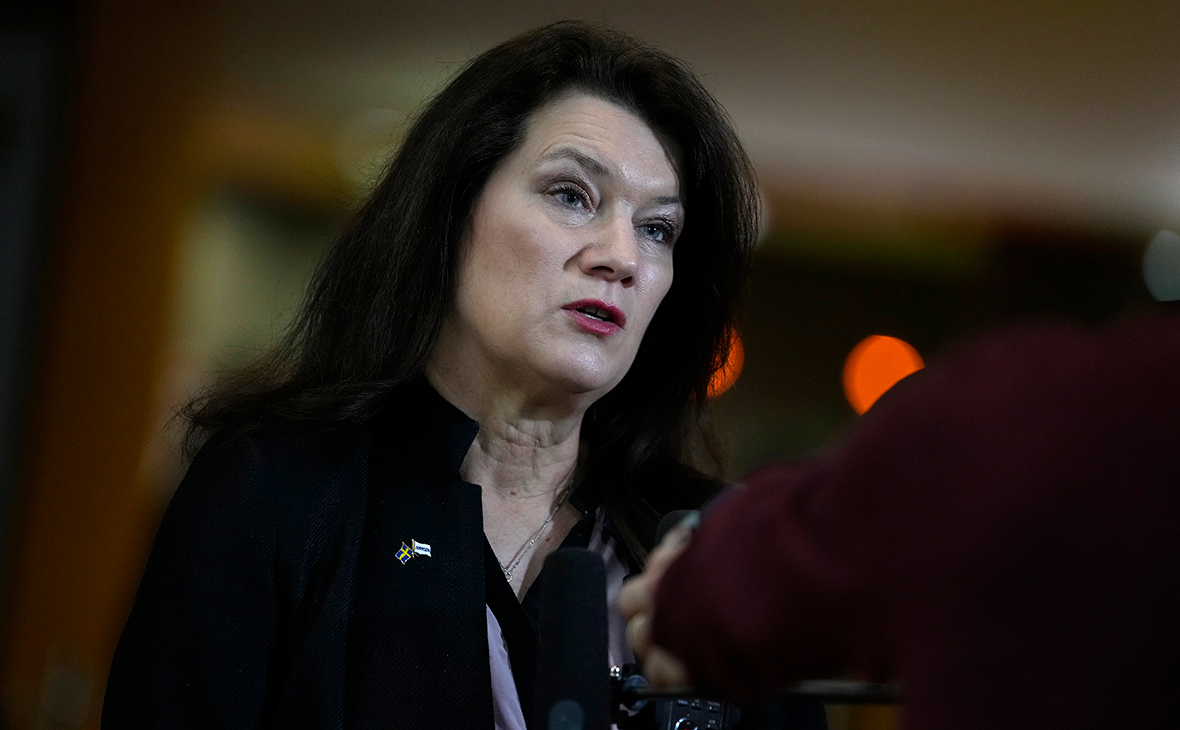 At the moment, Sweden has the status of a country— NATO partner. Now the bloc includes 30 countries, of the Scandinavian states it includes Norway and Denmark. However, against the backdrop of the Russian military operation in Ukraine, an active discussion began on the possible entry of Sweden, as well as Finland, into the alliance. NATO Secretary General Jens Stoltenberg promised to promptly accept both countries in case of a request from them.

Read on RBC Pro Pro The Bank of Russia lowered the rate to 14%. What will happen to the ruble exchange rate and inflation? why e-mail newsletters don't work in China Instructions Pro Sprints are not the place here: how to speed up development in conditions of instability Cases Pro Familiar web analytics tools have become dangerous: what are the reasons

The procedure for joining the alliance should be discussed in the Swedish Parliament The head of the Left Party of Sweden, Nushi Dadgostar, proposed a referendum on this issue. “Because of NATO, not only the sons and daughters of politicians, but also the Swedish people may be on the battlefield,” — she declared. On April 28, the head of the Swedish Foreign Ministry said that the government opposed the referendum.

The Russian authorities reacted negatively to Sweden's plans to join NATO. Russian Foreign Ministry spokeswoman Maria Zakharova said that the Russian side had informed Stockholm about the consequences of this decision and about the response measures.

Speaking of the measures that Russia can take when Sweden and Finland join NATO, Deputy Chairman of the Security Council Dmitry Medvedev announced the strengthening of the grouping of ground forces along the borders with the alliance and the significant deployment of naval forces in the Gulf of Finland.

The Kremlin assured that Moscow does not consider the entry of the Scandinavian countries into NATO as an existential threat to itself. “We will have to make our western flank more and more sophisticated in terms of our security,” noted at the same time the representative of the President Dmitry Peskov.

Materials for the article

Previous Post: Russian embassy urges US to redirect ‘irrepressible energy’
Next Post: The DPR reported on the visit of Kiriyenko to Mariupol