The Antonovsky bridge is “virtually destroyed” and could collapse if the shelling of the Armed Forces of Ukraine continues, the VGA said. The authorities temporarily banned the movement of trucks on the bridge 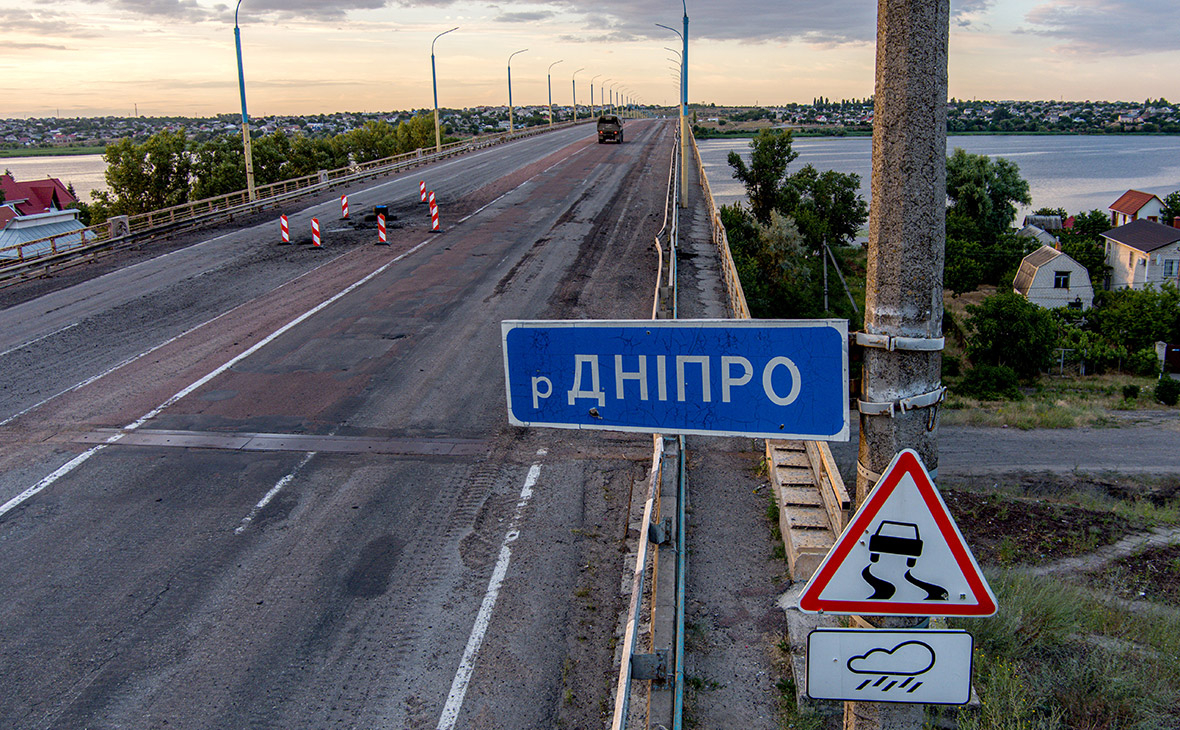 Antonovsky bridge across the Dnieper in the Kherson region “actually destroyed” after the shelling of the Armed Forces of Ukraine, Kirill Stremousov, deputy head of the military-civilian administration (MAC) of the region, told TASS.

“If the strikes continue, it may collapse,”— added Stremousov.

Head of the CAA Vladimir Saldo announced a temporary restriction of the movement of trucks on the bridge— it will be able to pass through the Kakhovskaya hydroelectric power station, and the Antonovsky bridge will be open only for cars and passenger cars.

Earlier in the morning, Stremousov said that Ukraine fired 12 missiles from the HIMARS MLRS, 11 of them hit the bridge. Then the deputy head of the VGA assured that the bridge would not collapse, but would require restoration. None of the local residents were killed or injured.

On the eve of the authorities in Kherson, they also reported about the strike of the Armed Forces of Ukraine on the Antonovsky bridge. As a result, no one was hurt, but the bridge was damaged. Stremousov then stated that the air defense system “relative to the bridge” was being strengthened in the region.

Antonovsky Bridge— the only road bridge across the Dnieper in Kherson. It connects the administrative center of the region with the city of Alyoshki. The total length of the bridge— about 1.4 km, width— 25m.

Read on RBC Pro Pro “Worse than in an orphanage”: what it's like to work on Wall Street – in 4 points China's banking system is in danger of collapsing falling incomes: what mood is the service sector in? Research Pro In Moscow, 1.5 million sq. m of offices: what to do with them Forecasts

Kherson region has been under the control of the Russian military since mid-March.

Previous Post: Kursk governor announced the suppression of the attack of the Armed Forces of Ukraine by return fire
Next Post: Germany plans to spend up to €10 billion to rescue Uniper