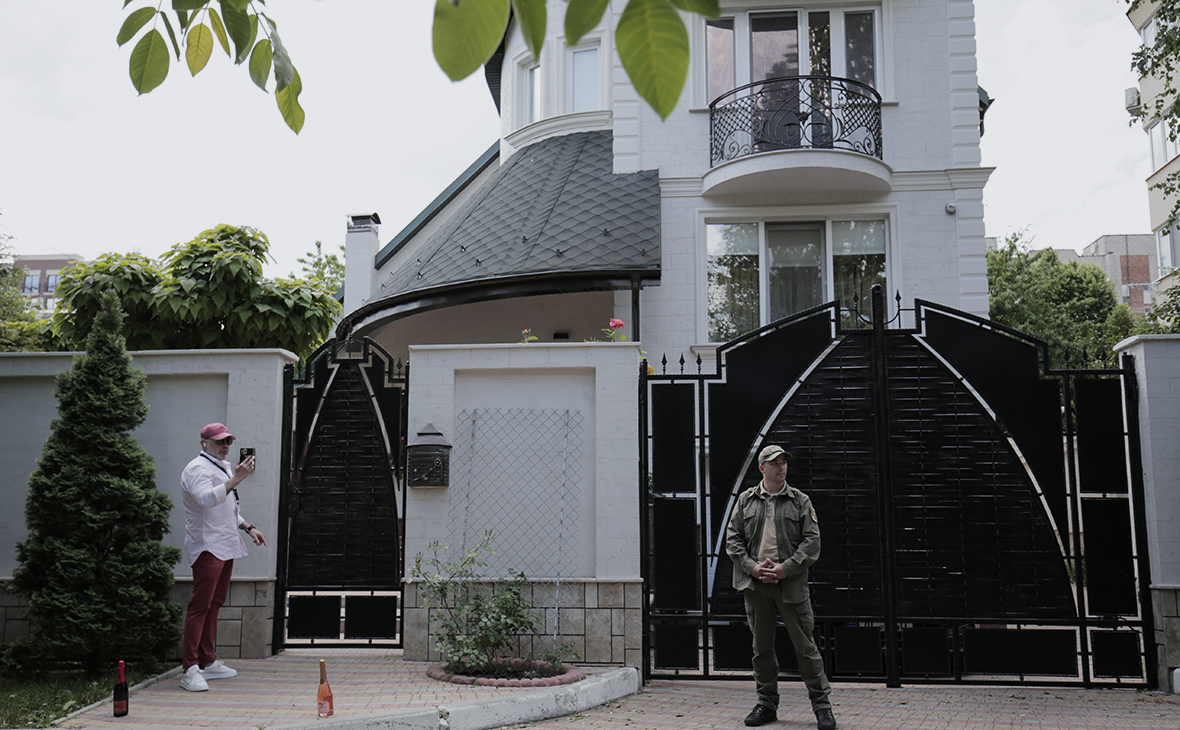 Searches in the house of Igor Dodon

What formed the basis of the case of the ex-president

Former Moldovan President Igor Dodon was detained for 72 hours as part of a case initiated under four articles of the Republic's Criminal Code, including high treason. This was announced on Tuesday, May 24, by the press secretary of the Prosecutor General's Office of the Republic, Marianna Kerpek. Dodon, 47, who led the country from 2016 to December 2020, is also suspected of passive corruption, receiving funding for the party from a criminal organization, and illegal enrichment. The homes of the politician and his closest associates were searched. The detention of the ex-president on criminal charges is unprecedented for Moldova, the former leaders of the state were not subjected to persecution.

The basis for initiating a criminal case was footage from 2019, filmed in the office of the Democratic Party of Moldova. In the video, businessman Vladimir Plahotniuc, who headed the party, hands Dodon a package, presumably with money. In Moldova, this incident is known as the “bag case”. Using an opaque package— a fairly common way in Moldova to transfer money illegally, it has become a local meme.

From the conversation between Plahotniuc and Dodon, it follows that the money that Dodon takes from Plahotniuc is intended to finance the Party of Socialists of the Republic of Moldova (PSRM), from which Dodon ran for president and headed for several years.

The video was first made public back in 2020. This was done by the deputies of the national parliament Lilian Carp and Iurie Renita, who represented the alliance of pro-European centre-right parties ACUM Platforma DA și PAS (Action and Solidarity Party and the Dignity and Truth Platform Party). In 2020, the prosecutor's office refused to open a case based on this recording, citing a lack of evidence. However, last week Acting Prosecutor General Dmitry Robu signed a resolution on the resumption of the criminal case.

According to Moldovan law, a video recording made without the authorization of the prosecutor and without the participation of law enforcement agencies cannot be considered evidence in court. That is why it was not considered earlier and the initiation of a criminal case was denied, explains the head of the Chisinau Center for Analysis, Research and Forecasting Balkan-Centre, Sergei Manastyrly. The criminal case could be resumed due to the emergence of new, previously unseen evidence. “But what, the prosecutor’s office has not yet announced. And in this context, the resumption of the criminal case without explanation of the reasons looks strange, — RBC expert said. Manastyrli also draws attention to the fact that an article about treason appeared in the impending charge, which Dodon was not previously accused of. “This can explain the participation of counterintelligence in searches at Dodon’s,” — expert notes.

Read on RBC Pro Pro 40% per year is already the norm: how Argentina lives in conditions of record inflation 40 stocks got rid of Buffett, Gates and other investment gurus: an overview Forecasts Pro Cautious innovations: why Google avoids revolutionary developments Articles Pro Some will even raise salaries: short-term forecast for the labor market Forecasts Pro gas in the EU are falling. What will happen to Gazprom shares Forecasts

The Moldovan Prosecutor General's Office reported that searches took place in ten properties and three cars. Cash, receipts and other valuables were seized, the origin of which will be studied for legality. One of the persons subjected to searches, according to the prosecutor's office, tried to destroy the evidence by swallowing receipts for real estate transactions worth more than €700 thousand. Money in the amount of more than €37 thousand was found from this person.

What are the consequences of the case

Dodon, when he was president of Moldova, advocated curtailing European integration and cooperation with Russia, enjoyed the support of Moscow and often met with Russian President Vladimir Putin. In 2017, he was the only foreign leader present on May 9 at the Victory Parade on Red Square. After the PSRM lost in the 2021 early parliamentary elections, Dodon left his official post in the party, becoming its honorary chairman, and focused on work in the Moldovan-Russian business union he leads.

Commenting on the detention of Dodon, the press secretary of the President of Russia Dmitry Peskov said that this is an internal affair of the country, but Russia is watching with concern the development of the situation. “Of course, we are alarmed that again such a practice and persecution is being applied to those who are supporters of the development of friendly, mutually beneficial relations with the Russian Federation, that is, with our country,” — Peskov told reporters.

“We see through this arrest an attempt to completely destroy the Party of Socialists, the entire pro-Russian opposition, in order to untie the hands of the regime of Maia Sandu. For further action. What? We do not know. Anschluss of Moldova by Romania, an attempt to unfreeze the Transnistrian conflict, simply to establish sole power in the country? this is how the deputy of the Moldovan parliament from the Party of Socialists Bogdan Tsyrdea commented to RBC on the detention of Dodon. He is convinced that the case is political in nature, by persecuting Dodon, the new president of the republic, Maia Sandu, decided “to give herself such a beautiful gift in the form of the arrest of her main opponent, whose rating is actually equal to her [rating]”. On the day of Dodon's arrest, Sandu was in the United States, Tsirdea notes.

According to Sergei Manastirla, the initiation of a criminal case against Dodon will not affect relations between Chisinau and Moscow, because now there are almost none. “The whole policy comes down to the issue of providing gas at one price or another, including the provision of Transnistria and its industry, including the Rybnitsa Combine and the Moldavian State District Power Plant. Chisinau has reduced all its relations to this at the moment, — he explains.

Previous Post: WSJ learns of Jersey investigation into Abramovich’s assets
Next Post: Pushilin said that the tribunal over “Azov” will be held in several stages