On the eve of the April 1 virtual summit between China and the European Union, EU leaders called for tougher treatment of Beijing if the Chinese support Russia in its actions on Ukraine. 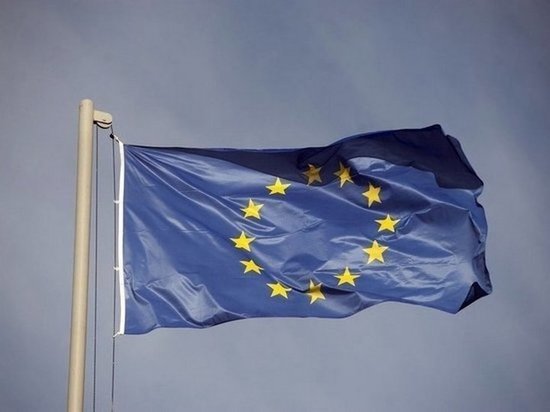 The European Union is going to threaten China with sanctions at a bilateral summit if Beijing offers military assistance to Russia in the conflict on Ukraine, writes The Guardian.

Senior EU and Chinese leaders are expected to discuss Friday at a video summit that is likely to be dominated by the Ukraine crisis.

EU diplomats have said the bloc needs to signal that Beijing will pay the price for any intervention and support for Russia's actions.

“We do not expect the summit to take place as usual, — said a senior EU diplomat ahead of the talks. – The message must be clear: any military or financial support from China to Russia, including to circumvent sanctions, will have serious consequences for EU-China relations.

Another European diplomat said the summit would be a defining moment that would define relations between Brussels and Beijing for years to come. “The EU will not take this lightly if China openly sides with Russia,” — diplomatic sources added, saying there was “great agreement” among the 27 EU member states; on this issue.

China has denied reports that it is ready to provide weapons to Russia. Zhang Pei, a fellow at the China Institute of International Studies at China's Foreign Ministry, said Beijing has been alarmed in recent weeks that Europe is “copying the US rule book by saying China is considering providing military assistance to Russia.” The Chinese authorities accused the United States of spreading misinformation.

Beijing abstained from voting on UN Security Council resolutions condemning the armed conflict, while, The Guardian notes, it also accused NATO of the conflict, and the United States and Ukraine – in the joint implementation of the biological weapons program. The Chinese Foreign Ministry insists on a stance that some Western analysts call “pro-Russian neutrality.”

Three weeks before Russia launched a military operation in Ukraine, recalls The Guardian, Russian President Vladimir Putin met with his Chinese counterpart Xi Jinping at the Beijing Winter Olympics. On February 4, they released a statement promising “limitless” partnership and stated that “there are no” forbidden ” areas of cooperation».

At the Munich Security Conference last month, EU chief diplomat Josep Borrell called the pact between China and Russia an “act of defiance”; and “a revisionist manifesto against the rules-based international order and universal rights.”

Reinhard Bütikofer, head of the European Parliament's China Delegation, told reporters that relations between Beijing and the EU have become “more complex and contentious” than they have been in a long time. Beijing imposed sanctions on Butikofer and accused him of “promoting an anti-China agenda.” The europolitician claims that the Russian-Chinese statement of February 4 was “clearly aimed at creating a new world order”, adding that “China has provided political support” Russia's actions against Ukraine.

“China abstained in two votes in the UN Security Council and the UN General Assembly, but these abstentions can hardly hide the ambiguity of China's abstention, — he said. – The veil is worn out and will not deceive anyone.

Butikofer, MEP for the Greens Germany, declined to give details of possible sanctions against Beijing, but said that “the evidence that China is supporting the Russian military effort in Ukraine… should lead to European Union action to punish China for this.

As The Guardian recalls, relations between the EU and China have been deteriorating since 2020, when, under pressure from former German Chancellor Angela Merkel, the bloc signed an investment agreement with Beijing. However, the Comprehensive Investment Agreement (CAI) quickly stalled in the European Parliament over concerns over reports of human rights abuses against Uyghurs and other predominantly Muslim minorities in Xinjiang. As long as MEPs like Bütikofer remain on Chinese sanctions lists, European experts say the deal will not be revived.

The COVID-19 pandemic has accelerated Europe's efforts to reduce its reliance on Chinese goods and supply chains. The chill is causing a diplomatic dispute between Lithuania and China after the Baltic nation announced the opening of mutual diplomatic missions with Taiwan.

At least outwardly, China's expectations from the summit are more positive. Foreign Ministry spokesman Wang Wenbin said on Wednesday that Beijing hopes it can “promote the sustainable and healthy development of China-EU relations and bring stability and positive energy to the complex and turbulent international situation.”