US Patriot anti-missile systems are on duty in Slovakia. This was announced by the Prime Minister of the country Eduard Heger. The military expert commented to “MK” on the consequences of this step. 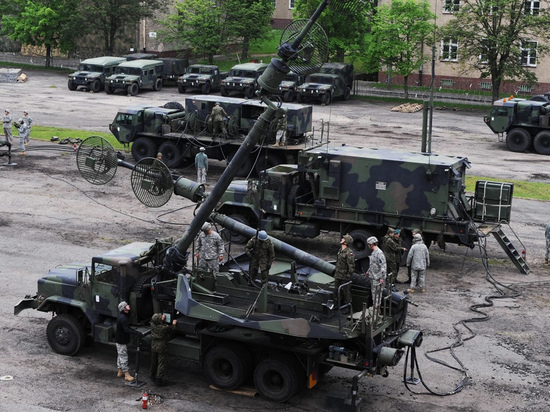 As Eduard Heger said, the complex Patriot air defense stationed at the Sliac air base “already guards the central part of Slovakia.” In the near future, the protection of the eastern border will be strengthened through other Slovak and allied air defense systems. This, according to the Prime Minister, proves that Slovakia is a full-fledged member of NATO, and the alliance, if necessary, will come to the aid of the republic.

Military expert Yevgeny Linin is convinced that by such an act NATO demonstrates its readiness to be involved in the conflict and deliberately provoke Russia.

– The deployment of Patriot complexes near the borders of Russia certainly does not bode well for us. Patriot is a global missile defense system that the United States has been nurturing for the past thirty years. This is the so-called “air defense umbrella” system. It allows you to destroy ballistic missiles in the early stages of the trajectory, immediately after takeoff. And the principle of nuclear parity, as well as the fear of mutually assured destruction, which now stop the United States from using nuclear weapons, may not work.

In this regard, globally and strategically, there is nothing good in deploying such air defense systems near our borders no. And, of course, our Supreme Commander-in-Chief was right when he warned that these complexes should be as far away from Russia as possible.

On the other hand, the modern types of weapons that Russia has should neutralize the advantage that the deployment of the Patriot in Slovakia provides. I am now talking about the Kinzhal hypersonic weapon and Caliber cruise missiles, which can effectively hit such targets at long distances. There are no other options.

– The point is that tactical aviation in solving the problem of destroying air defense systems will suffer losses. Patriot is not only anti-missile systems, they can also work on aircraft. In general, one should not forget that these are the most effective air defense systems after the Russian S-400 and S-300.

– We can assume that this is due to the US proposal to exchange the S-300 air defense systems that Slovakia has, which she will have to supply Ukraine, at the request of Zelensky, with modern Patriot weapons systems. Slovakia is a member of the NATO bloc, so the integration of American air defense systems in this sense is justified for Bratislava. Ukraine demands from European countries that it be supplied with weapons, military equipment and soldiers. Zelensky's request to close the airspace over Ukraine for Russian military aviation did not find support, so now Kyiv is insisting on the supply of air cover systems. The S-300 just belongs to such complexes.

– I do not rule out that they deliberately go for a provocation. Although it has been repeatedly voiced by the same Biden that the involvement of NATO countries in the conflict threatens to start a third world war. The West cannot be unaware of such risks.