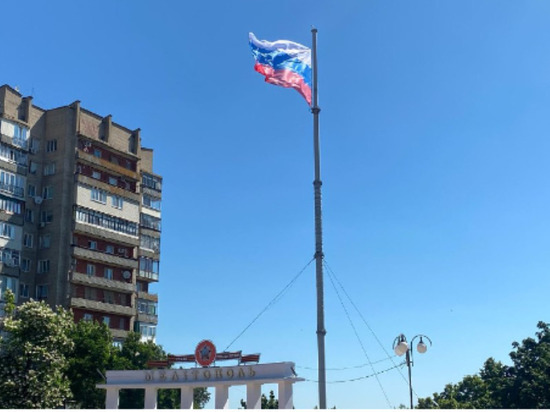 The Russian flag was raised on the main square of Melitopol, Zaporozhye region, the press service of the military-civilian administration of the city reports.

On the occasion of the Day of Russia, the flag of the Russian Federation was solemnly raised, the message says.

The head of the military-civilian administration of the city Galina Danilchenko congratulated the citizens on the holiday.

“We are proud centuries-old history that binds us, unique cultural and spiritual traditions,” said Danilchenko, noting the common great victories and the names of heroes.

According to Danilchenko, in this difficult time, it was the Russian Federation and the people of Russia that became protection and support for the inhabitants of the region, as well as support and a guide. “Our common and strong future in one country, shoulder to shoulder,” the head of the military-civilian administration emphasized.

Previous Post: Biden called the rise in gasoline prices a “by-product” of aid to Kyiv
Next Post: Belgrade said that the reduction of cooperation with Russia is contrary to the interests of Serbia