This week the story of attempts to amend the legislation on foreign agents continued. The HRC under the President and the Union of Journalists submitted amendments to the State Duma concerning the media and organizations recognized by foreign agents. Quite quickly, some of these amendments received the status of draft laws – they were submitted to the chamber by the Just Russia faction. These events may turn out to be indicators of significant changes in the country's internal policy. 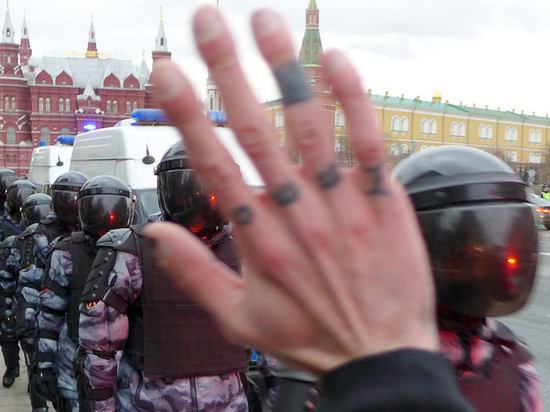 The obvious context for the amended story was as follows. Last week, the Prosecutor General's Office sent a petition to the court to liquidate one of the oldest Russian human rights organizations, Memorial. He is included in the official register of NPO-foreign agents, and is accused, among other things, of not complying with the requirements of the relevant legislation.

Then amendments were submitted to the Duma Committee on Information Policy, the meaning of which is to remove the ambiguity in the norms that determine the procedure for entering citizens and organizations into the relevant registers. And there was information that the date of the traditional meeting of President Vladimir Putin with members of the Human Rights Council, who, most likely, will try to find out the attitude of the head of state to his initiatives, including the amendments, has been approved – December 9.

at the end of this week, two Nobel laureates, Mikhail Gorbachev and Dmitry Muratov, expressed their opposition to the possibility of closing Memorial in an appeal to the authorities.

As regards the actual amendments to the law on foreign agents, there is no certainty yet. The HRC and the Union of Journalists of Russia propose to introduce two important innovations concerning the media and journalists, as well as public and human rights organizations: before one or another appears in the registers of foreign agents, they must be warned of violations, and the very entry into the registers must take place not by a closed departmental decision, but a court decision.

In addition, criteria are proposed by which it is assessed that the “foreign agent” is supported by some foreign entities: for example, an amount of 200 rubles cannot be considered such content – we should talk about proportionate figures. It is also proposed not to count the participation of the same journalists at conferences or exchanges where foreigners were in some minor roles – for example, they paid for tea in a buffet.

However, neither the HRC, nor the SJ have the right to submit bills. Therefore, the fact that the Duma faction of “Fair Russia” has taken up the amendments is very significant. The number of amendments officially introduced by the Russian spravoes included only those that relate to foreign media agents and citizens referred to them, and the amount of amounts that the court may consider as foreign content was proposed to be determined separately. But it is not enough to introduce a bill, it is necessary for the majority of the deputies to vote for it.

Why spravorassy are interested in only a part of the proposed HRC and SJ amendments? The deputy head of the faction, Dmitry Gusev, explains this by the fact that the SR followed its own path to its decision, so there is no point in comparing the lists of amendments. “The faction has its own position. We are in favor of an absolutely fair judicial procedure adopted throughout the world, including for the inclusion of organizations in foreign agents. Now this is happening by the decision of the relevant body, and we propose to do this through a warning at the first stage, and at the second – through the courts, so that there is no accidental entry of people into this database. There are costs “, – said the representative of” SR “. In addition, Dmitry Gusev suggested that everyone who has additional proposals send them to the faction – they can be taken into account. He also urged to wait with assessments of the prospects for supporting the initiative by other factions – only a few days have passed since the introduction of the bill.

Representatives of two factions – the Communist Party of the Russian Federation and “New People” are still limited to expressing general support for individual ideas. However, with all due respect to them, the fate of the amendments will not be decided by them, but by the United Russia faction. But given that a direct assessment of the initiative from the president is expected quite soon, the United Russia faction will not confuse the matter with impromptu.

As for the “foreign agents” themselves, in their assessments of the proposed legislative changes, as well as the reality of their adoption in general, they are very restrained, and pay attention to the fact that the amendments that have reached the State Duma are related only to the media and journalists, without affecting NPO.

Maria Kravchenko, head of department at the SOVA center recognized by the foreign agent, believes: “Of course, we can say that both of these amendments can to some extent improve the situation for different categories of foreign agents, but you need to keep in mind that by itself this law is written in such a way that everything related to the definition of political activity is formulated in it in an extremely vague way. And this is a very important point.

Any statement regarding criticism of the state of affairs in the country, any proposals for changing legislation – all this, combined with the receipt of some funds, can still lead to inclusion in the register. And you should not expect that the participation of the court will significantly improve the situation. Although, probably, it can slow down the volume and speed of inclusion of new people and organizations into the registers. ”

Lev Ponomarev, included in the list of individuals performing the functions of a media foreign agent, believes that if the legislation is clarified consistently, it will affect not only journalists: “The amendments that may be adopted will mainly concern journalists. For human rights defenders – I looked – they do not bring anything significant. The journalists have gathered, they have strong points: HRC, SJ …

The more fully these amendments are adopted, the better. Here is an important amendment (from HRC – Avt), how much interest (foreign funding – “MK”) received. Now I got a dollar – and that's it, hello. There will almost certainly be amendments from the authorities: not to enter into the register any funds that deal with health and so on. ”

Alexander Cherkasov, chairman of the council of the Memorial center recognized as a foreign agent, is, for obvious reasons, more harsh in wording: “The law on foreign agents is bad not in details, but in general. It must be abolished as such. It is based on false messages. … Well, it's like there was an amendment to streamline corporal punishment. This concerns the details, not the essence.

The very categories of media-foreign agents, individuals-media-foreign agents are a phantom. The amendments may slightly facilitate someone's existence, but they do not touch upon the essence that brings the general nonsense of the situation to the level of the norm. ”

take funds from a specific foreign source. Lev Ponomarev, for example, recalls that not so long ago human rights defenders and other public organizations had a completely legitimate alternative – Russian grants, and therefore many of today's “foreign agents” did not use foreign funds. The curtailment of these programs and the recommendation to business also not to provide support, in fact, raised the issue of either closing or looking for other sources. In turn, Alexander Cherkasov clearly does not believe that government-sanctioned funding can be non-binding.

Previous Post: Satanovsky warned of preemptive strike on US nuclear bases in Europe
Next Post: Volodin responded to the US on Putin’s presidency after 2024