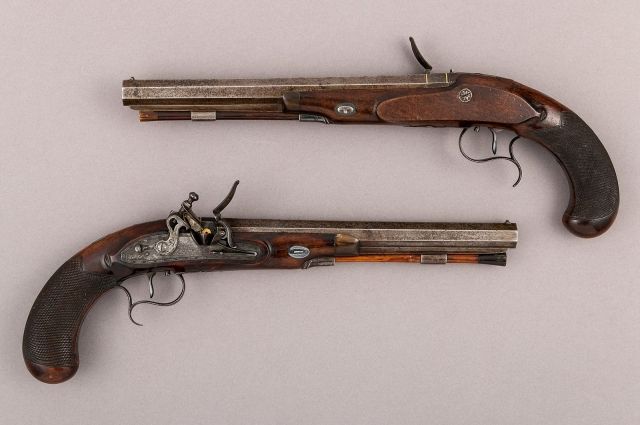 475 years ago, on July 10, 1547, the last official duel allowed by the king took place in France. Moreover — King Henry II  he was involved in this case and was one of the main organizers of the duel.

It was then that one of participants of the duel uttered a phrase that became historic: &laquo “Our lives and property belong to kings, our souls belong to God, and honor belongs only to ourselves, since my king has absolutely no power over my honor.” It was boldly said, and since then kings undertook to eradicate duels. 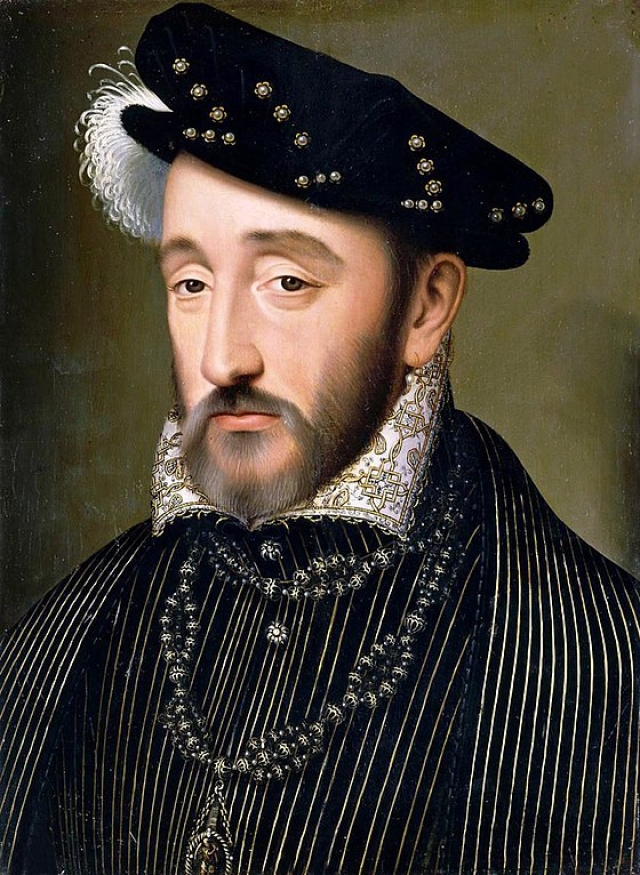 Sounds familiar, doesn't it  Very similar words are uttered by midshipmen from  cult Soviet cinema:  If you see disrespect for the dignity of your personality, then this must be stopped, because our life belongs to the Motherland, but honor — to nobody. After that, cadet Alyosha Korsak rushes with a naked sword at his offender, bayonet junker Kotov. In & nbsp; movies, it looks beautiful. But in in reality, this could by by definition. The baring of weapons against the authorities, that is, against a representative of power, was then qualified not as a “case of” honor and “disgrace”, but as a rebellion with all the ensuing consequences. What can we say about persons vested with supreme power?

The times when Russian emperors and hereditary princes, like French kings and princes, will be personally involved in dueling stories will come a little later, at the end of the 18th century. But it will continue for almost a century.

The relay was opened by Paul I. Rather, the heir to the throne, Pavel Petrovich. And more true — Count North. It was under this pseudonym that the Grand Duke set off on his European journey of 1781-1782. Just in 1782, he visited Naples, where the Russian ambassador was a friend of his youth, Count Andrey Razumovsky. True, now he was no longer a friend of the Grand Duke, but rather, on the contrary. There were many rumors about the  romance of Andrei Razumovsky and Pavel's first wife Nataliawho died in childbirth. Evil tongues even said that the child who caused the death of the mother was not from Pavel, but from Andrey. According to the Razumovsky family traditions, the heir to the throne at the first meeting challenged his offender to a duel. They managed to prevent the duel, however, in what way, the family tradition is silent. That is why many doubt that the call took place.

It seems that such doubts are in vain. Subsequently, Paul, already becoming emperor, did the unheard of. In the fateful January of 1801 for Paul, the leading European newspapers were embellished with the following text: “We are informed from Petersburg that the Russian Emperor, seeing that the European powers cannot come to a mutual agreement, and, wishing to end the war, devastating Europe for eleven years, had the idea to appoint a place for a duel and invite all other sovereigns to arrive there and fight among themselves, having with him seconds, squires and judges of the duel of his most enlightened ministers and most skillful generals … He himself intends to take Generals Palen and Kutuzov» with him. In other words, Paul challenged all European sovereigns. Didn't wait for a response from   — On March 24, the emperor was killed, and not in a fair duel, but secretly, at night, like a thief.

Another thing is that Paul kept his subjects in  fist, and looked at the duel with disapproval. There is a known case when Joseph de Sachs, the illegitimate son of Prince Franz Xaver of Saxony, while in Russia, insulted Prince Nikolai Shcherbatov. At first, the German fired a hairpin at the address of the Russian, and when the young Shcherbatov demanded satisfaction, he gave him a slap in the face. Nikolai, in response, raised his cane and "left it on the forehead of the Saxon an indelible mark". De Sachs demanded an investigation, but he was expelled from Russia. Then he filled European newspapers with anti-Russian pamphlets — they say, in this country of bears, even princes have no idea of ​​honor. Shcherbatov wanted to go to  Europe, but, as the Russian diplomat Alexander Ribopierre writes, “the reign of Paul”I came, and it was impossible for the prince to go to Germany».

Perhaps it became only when the son of Paul ascended the throne Alexander I. He was very scrupulous in matters of protecting Russian honor and released Prince Shcherbatov abroad. In the summer of 1802, the Saxon had to seriously answer for his words: “Shcherbatov caught up with the Chevalier De Saks in the Teplitz. They fought with pistols in Peterswald. The Chevalier was killed on the spot from the first shot».

I must say that Alexander I in matters of honor was really strict, and did descent did         There is a known case when in 1822 the year, at a review of troops in Vilna, the Great Prince Nikolai Pavlovich, brother of the Emperor, found fault with Captain Vasily Norov, commander of the 3rd Grenadier Company of the Guards Jaeger Regiment. And not just found fault, but did this extremely rude — with shouting: “I will bend you in the ram's horn!” reared up his horse and spattered the captain with mud. On the side of Norov, an open challenge to a duel followed. Nikolai did not accept him, and then Norov, and several other officers following him, resigned as a sign of protest against the violation of officer honor. Alexander was enraged both by his brother's rude act and by the fact that he evaded the challenge. Under pressure from his older brother and  overlord, Nikolai was forced to apologize to Vasily Norov and ask him to take back his resignation.

Since then, Nikolai, who did not show himself in this dueling story in the best way, became an opponent of duels: "I hate duels — this is barbarism. In the there is nothing chivalrous in them».

This was not the only challenge thrown to Nikolai. 1 January 1836 he, already being a sovereign, received a letter with the following content: «I offer you a good ancient custom — duel. In  your country has a territory beyond your control — my soul. One of two things: either recognize the freedom of this territory, its right to independence, or fight for your rights, which I do not recognize. If you fight and lose, I dictate the terms, if you win, I is ready to recognize your right over me, because you won it in a fair fight, risking for this right equally with me. To barrier, Sovereign!»

Nikolai also evaded this challenge. Instead of a duel, the author of the letter, a Tambov nobleman, a retired artillery lieutenant Alexander Syshchikov, was honored with a visit from the gendarmes and  a conversation with the sovereign, who told him: “I can to the gallows of you, and to the fortress, and to soldiers, and to Siberia, I deserve everything. But I will surprise you with unheard-of mercy. I order: go and live. You are free. But remember — someday you will get it in full. Before "someday" did not have to wait long. A few years later, Syshchikov was summoned to a duel under very dark circumstances by a certain Vasily Ivanov and killed.

The last Russian sovereign involved in duel history , was Alexander III. However, the matter here is also dark. There was such a Russian officer, by origin — Swede from Finland, Karl Ivanovich Gunnius. He dealt with the issue of rearmament of the Russian army, in particular, he adapted the Berdan rifle to domestic realities. Alexander, while still the Grand Duke, did not appreciate the rifle, but responded to Gunnius's request not to draw hasty conclusions, showered him with rude abuse. Here are the further events of March 1869: “Gunnius left immediately and sent a letter to the Tsarevich, in which he demanded that Alexander Alexandrovich apologize. The officer also wrote that if there was no apology in twenty-four hours, he would shoot himself… Alexander Alexandrovich did not apologize, and the officer kept his word. Alexander II, angry with his son, ordered him to follow the officer's coffin… It must be assumed that this made an impression on Alexander. At the end of his reign, he officially legalized duels in the army — “Rules on resolving quarrels that occur in officer environment” were signed in June 1894 of the year.

Previous Post: Zelensky linked the dismissal of Ukrainian ambassadors in five countries with rotation
Next Post: The Ministry of Defense reported on the destruction of the Harpoon complex near Odessa