If Ukraine receives security guarantees from other states, it will use them, and what is “written in the Constitution regarding NATO are promising visions for the future,” said Parliament Speaker Ruslan Stefanchuk 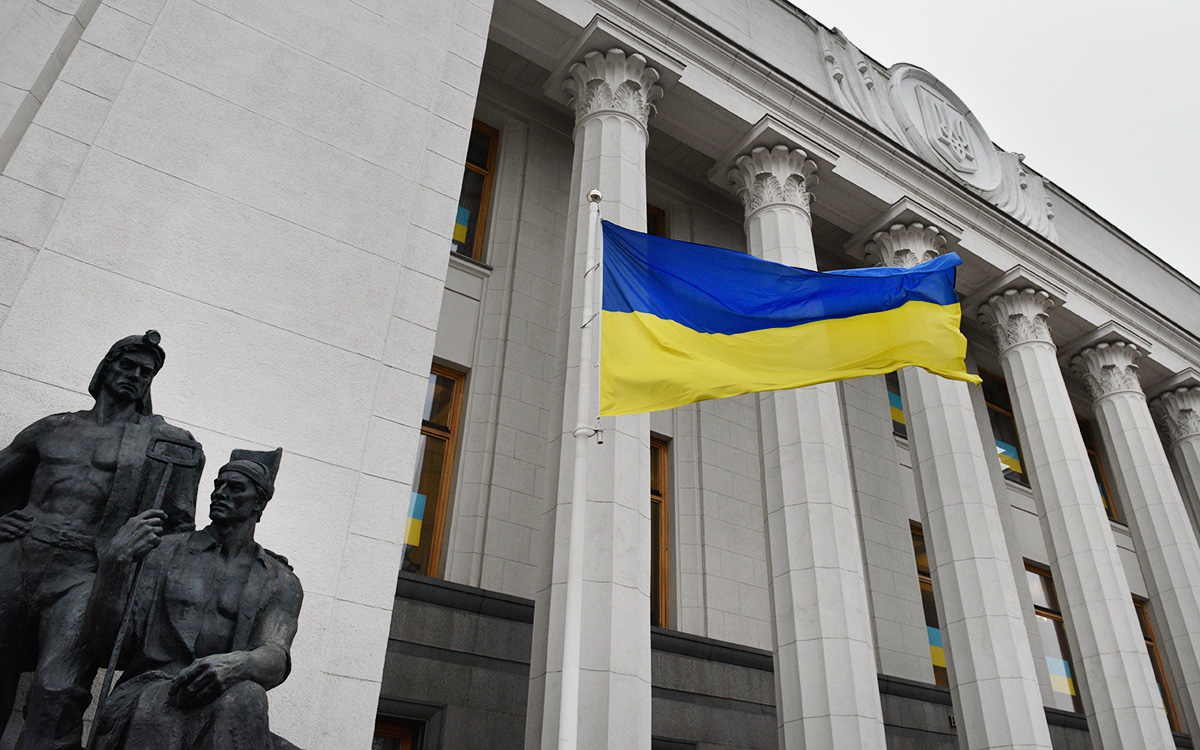 The Verkhovna Rada of Ukraine will not change the clauses in the Constitution about the country's intention to join NATO, said in an interview with “Ukrainian Pravda” Speaker of the Parliament Ruslan Stefanchuk.

According to the chairman of the Rada, changing the Constitution “will never be an end in itself, it is a toolkit.” “Well, they made some changes, others. They are effective only when they have an effect. We can write anything in the Constitution 150 times, but if there is no effect from it, then these are declarative norms, — he noted (quote from Ukrinform).

Stefanchuk said that for the authorities the main priority is the security of every citizen of Ukraine, for this the country needs to receive security guarantees. Kyiv will use them, but what “is written in the Constitution regarding NATO, regarding the EU, — these are our perspective visions for the future.

On March 19, Stefanchuk, against the backdrop of negotiations between the Ukrainian and Russian delegations, admitted that changes could be made to the Basic Law regarding Ukraine's course towards NATO. “Since the path to Euro-Atlantic integration is spelled out in the Constitution of Ukraine, we have a fairly high level of legitimization of this direction. Therefore, we will look at which path the negotiators will take, and then we will already look for the model that will either not contradict the Constitution, or we will change the Constitution in this part, — he said (quote from Interfax-Ukraine).

At the same time, the representative of the Ukrainian president in the Constitutional Court, people's deputy from the Servant of the People Fyodor Venislavsky emphasized that as long as hostilities continue in the country and martial law is in effect, the course towards joining NATO cannot be removed from the Basic Law. However, he admitted that the consolidation of a neutral status in the Constitution with “reinforced concrete legally verified security guarantees” can be discussed at the international level, RBC-Ukraine reported.

The authorities of Ukraine amended the Constitution of the country, defining accession to the EU and NATO as a strategic goal of the state, in February 2019. They oblige the government to implement a policy of joining both blocs, and the president is given the status of a guarantor of this course.

Read on RBC Pro Pro You want to recognize sanctions as force majeure. How to act Instructions Pro Russians have switched to crisis shopping models: what and where they are buying Researches Pro Why the authorities are going to deprive foreign securities of tax benefits bypassed competitors and passed a dozen crises Research

Ukraine's accession to NATO has been discussed since 2008: at the Bucharest summit, the countries of the alliance declared that they welcome the Euro-Atlantic aspirations of Kyiv and Tbilisi and that Ukraine and Georgia will soon become NATO members. So far, this has not happened, although the bloc has confirmed its readiness to accept these countries into its ranks in the summer of 2021 without specifying when this will happen.

On March 1, against the backdrop of the start of the Russian military operation, Ukrainian President Volodymyr Zelensky said in an interview with Reuters that if NATO countries are not ready to accept Ukraine into a defense alliance, they must develop security guarantees. The head of the Ukrainian delegation at the talks with Russia, David Arakhamia, in turn, noted that when concluding a peace treaty, Kiev requires a guarantee similar to the fifth article of the NATO Charter (it says that an attack on one of the members of the alliance is equated to an attack on the entire Alliance as a whole).

Russia calls the refusal of Ukraine's entry into the North Atlantic Alliance one of the conditions for the normalization of relations between the two countries.

Previous Post: S-500 Prometheus air defense system launched into mass production in Russia
Next Post: The Ministry of Foreign Affairs “did not hear” about the preparation of a referendum on the accession of Kherson