State Duma Speaker Volodin demanded compensation from the United States “for the spread” of COVID-19 Previously, WHO called the version of a virus leak from laboratories extremely unlikely 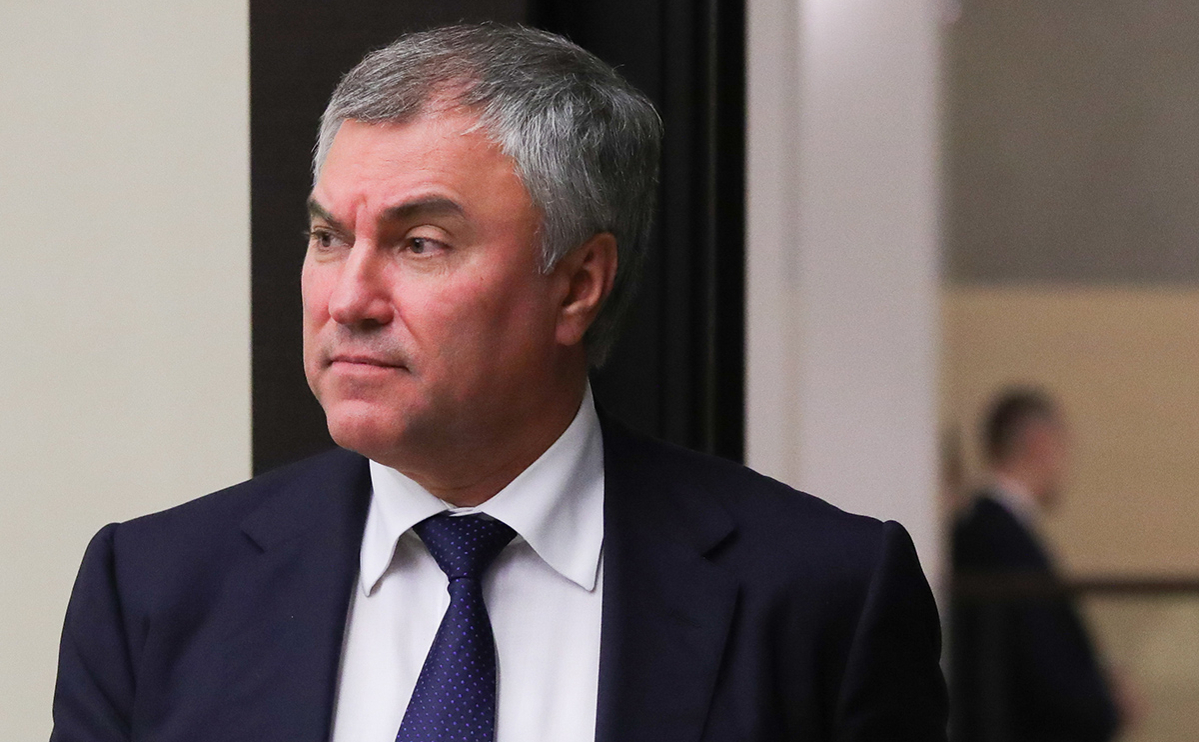 The United States must pay compensation to all countries that have suffered losses from the coronavirus pandemic, State Duma Speaker Vyacheslav Volodin wrote on Telegram.

“Millions of sick and dead people, the global economic crisis, the fall in the standard of living of people— consequences of COVID-19 for which Washington needs to be held accountable, — he wrote.

Volodin urged to stop and declassify US military biological developments around the world.

This is how the speaker of the State Duma reacted to an interview with the chairman of the commission of the Lancet scientific journal for the study of COVID-19 (SARS-CoV-2), professor of economics Jeffrey Sachs, to the Teheran Times.

Sachs named two hypotheses for the origin of coronavirus: natural distribution or creation in the laboratory. He noted that the US government has funded many dangerous genetic manipulations with SARS viruses and has not yet disclosed information about it.

“There are worrying signs that this study could create SARS-CoV-2, the virus that causes the disease COVID-19. We may suspect this because American scientists have declared their intention to manipulate viruses in such a way that they can create a virus, — said the chairman of the commission.

At the same time, he refused to believe that the coronavirus appeared as a biological weapon. The professor suggested that the spread could have occurred during research into the creation of drugs and vaccines, but there is no complete information yet.

“Biden is silent. Afraid that the world will find out the truth about the true culprit of the pandemic, & mdash; said Volodin.

Experts identified the first outbreak of the latest coronavirus in December 2019 in the Chinese city of Wuhan. Politicians and journalists put forward the version that the virus could spread as a result of a leak from the laboratory, China rejected such a possibility.

Later, the head of the US National Institutes of Health, Francis Collins, stated that evidence of the spread of COVID-19 after there is no leak from the Chinese lab. “There was another idea that maybe it was an accidental leak from the laboratory <…>. I never ruled it out, although there was no evidence, — he said.

On June 10 this year, the SAGO Scientific Advisory Group on the Origin of New Pathogens at the WHO reported that gaps remain in data on coronavirus infection that make it difficult to reconstruct the picture of the spread of the virus.

Experts noted that the virus was found in patients who were associated with a seafood market in Wuhan, but the source of the infection and its route to the market remain unknown. They recommended to study the version about laboratory origin again.

Previous Post: FSB detained assistant Kolokoltsev, ex-head of the Ministry of Internal Affairs of St. Petersburg
Next Post: The head of the national oil company of Nigeria announced the death of the Secretary General of OPEC