The latest addition for the International Space Station (ISS), a Russian-made docking module Prichal, has been successfully launched into space. Once docked, it will be able to accommodate up to five other modules or spacecraft.

A Progress M-UM cargo spacecraft, carrying the Prichal module, was launched from the Baikonur Cosmodrome in southern Kazakhstan on Wednesday. The spacecraft has been successfully injected into low Earth orbit and is currently heading towards the ISS.

The new docking module is scheduled to get attached to the ISS on Friday. While the ship carrying the Prichal is heading to the station, its crew is preparing to receive the new module. 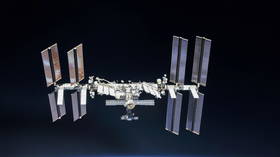 Another Progress vessel that is currently docked to the station is scheduled to decouple from the ISS on Thursday, taking away a temporary passive docking implement currently attached to the Russian Nauka module.

The temporary docking implement will be replaced with Prichal, which is basically a large sphere with six docking ports. Once put in its place, Prichal will be able to accommodate up to five other modules and spacecraft at the same time.

The new module comes as a replacement to the deprecated Russian-made Pirs docking module, which served as the main gateway to the ISS since 2001. The old module was undocked from the station back in July ahead of the long-awaited arrival of Nauka – a lab, workshop, and habitation module.

Pirs was deorbited shortly afterwards, disintegrating in the Earth’s atmosphere over the Southern Pacific, becoming the first permanent module of the ISS to get decommissioned.