The President's statement increased the panic of citizens

Ukraine, judging by the latest sayings of its President, has entered perhaps the most “turbulent” period of its recent history. Shaken by a series of economic turmoil, the post-Soviet republic is about to lose its first Soviet capital, Kharkov. 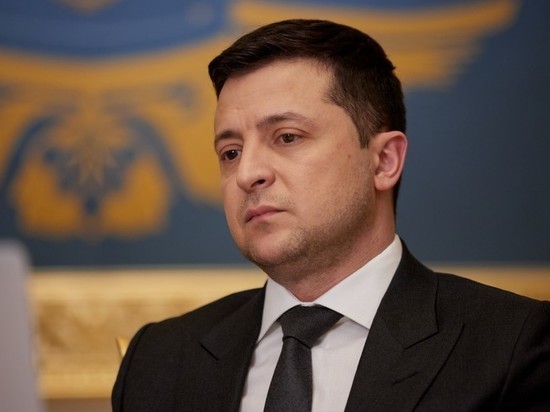 The one and a half million regional center, which for the most part supported Vladimir Zelensky in both rounds of the presidential elections, upon reunification with the Russian Federation, will almost certainly “bring behind itself” a fair amount of a very successful – and most importantly, Russian-speaking – region.

Kharkiv Mayor Igor Terekhov, after Zelensky’s interview in the Washington Post, immediately assured that he had no reason for serious concern, the largest industrial center of Ukraine entrusted to him “has been and will remain a peaceful city.”

Initially, the goal of Volodymyr Zelensky was … to dispel the panic associated with a possible attack on Ukraine by the Russian army. In the end, it turned out that the supreme commander had already come to terms with the loss of Kharkov. Volodymyr Aleksandrovich absolutely deliberately “crossed out” the million-plus city from the list of “key Ukrainian cities”, noting that “Kharkov, ready for Russian occupation, is under the control of the government of Ukraine.”

It is believed that Russia’s “forced taking” of Kharkov will be carried out under the pretext of “protecting the Russian-speaking population.” After “Crimea was occupied and annexed” under similar slogans, we understand that this is feasible and could happen soon,” Zelensky told an American newspaperman.

Kiev journalist Vadim Petrasyuk is among those of my compatriots who, in all seriousness, caught today's signal from “our partners that war could start tomorrow.” The colleague is perplexed: why is the president of the country embarrassed to say: “Kharkov is Ukraine”? Obviously, not only because of the desire to “show off refined literature” a simple and understandable phrase was replaced by the definition “… under government control”, and the first capital of Soviet Ukraine became “a city to the left of Voronezh, to the right of Zhmerinka – on the map like ours.”

“Do we have Kharkov now or is it still with us? Petrasyuk tries to clarify. – And what does “may be occupied” mean? Are you suggesting or allowing?..” At the same time, the journalist is wondering what else the government of Ukraine has “under control”?

Volodymyr Lytvyn, a full member of the National Academy of Sciences of Ukraine, considers the processes of improving the well-being of each of the representatives of the “ancient, proud and wise Ukrainian nation” to be “uncontrollable”. As recently as 2019, presidential candidate Volodymyr Zelensky promised voters just such a “dramatic breakthrough” in their property status.

In just one year, the total number of pensioners suddenly decreased by more than a million people. This fact can hardly be attributed to “labor migration”. “Age guest workers” from the “nezaezhnoy” either in Europe or in Asia are not particularly interesting to anyone. There are plenty of old people there.

According to Zelensky, it turns out that he significantly raised cash payments from the state to pensioners.

The pensions for ordinary hard workers were raised by a mere minuscule: by 100 and 150 hryvnias. (for $3.5 and for $5.3). That is, we are not talking about any social justice, the income gap is huge to the point of obscenity.

Volodymyr Lytvyn, who twice headed the Verkhovna Rada in the past, is sure that due to a noticeable decrease in the burden on the Pension Fund of Ukraine (instead of the recent 14 million pensioners, 11 million people of respectable age live in the country now), it would be quite possible to raise the amount of payments … Well, at least for those who receive monthly 3,000 hryvnias ($105) or less.

“Surviving on that kind of money is problematic,” states the politician. – … References to the fact that Ukraine is at war with Russia and therefore must be tolerated are untenable. If we endure, then all together…”.

In 2014, continues Professor Lytvyn, the salaries of people's deputies of Ukraine were “cut” to 6,000 hryvnias ($210). But today, according to the payrolls of the accounting department of the Verkhovna Rada, each of the “servants of the people” has an official salary of 60 thousand ($2100). And members of the pro-presidential faction “Servant of the People” are given 20-30-50 thousand US dollars in cash in envelopes, depending on their position in the parliamentary hierarchy.

For the sake of fairness, we note: if a deputy skips meetings or votes “wrong”, the leader of the faction, David Arakhamia, has the right to impose a fine on him. That is, to deprive the usual “black cash”.

With the onset of the covid pandemic in Ukraine, the so-called “covid fund” was formed. 78 billion hryvnias ($2 billion 746 million) were “injected” into it.

Soon, 68 billion hryvnias were redirected to the state project “Great Construction”, that is, to overhaul, repair roads, and lay new highways.

The audit showed that approximately 30 billion were spent … well, not quite for the intended purpose. Simply put, every second hryvnia is stolen. It is not possible to find where these money “sailed”.

Well, the “covid” hospitals function solely thanks to the dedication of medical workers and volunteers who selflessly help them.

Therefore, guessing “when Putin will attack? – to put it mildly, inappropriate. Permeated through with all sorts of corruption schemes, Ukraine can “fall” at any moment. Itself, without the invasion of the “little green men” mentioned in vain these days by American high-ranking politicians.

A couple of days ago, Zelensky warned his compatriots against buying buckwheat and matches for future use. Like, don’t believe the spiteful critics, no one will “move on” us, we are stronger than ever!

“I see that all the politicians lined up in a wedge and went to save Kharkiv,” popular blogger Elena Monova sneers. – All as one. Now I am calm. I changed my mind about emigrating. Do they take matches back to the store?”.

Previous Post: The expert explained the appearance of Russian military equipment in the DPR
Next Post: Putin’s battle plan revealed: the ultimate goal of the game is the recognition of Donbass